The Honda rider made his MotoGP comeback at the Aragon GP, but only lasted one lap following two collisions.

Qualifying on pole in the wet last week in Japan, Marquez went on to finish fourth in his first full race since the Italian GP back at the end of May.

Marquez said after the Motegi race that it was the first time since badly breaking his arm at Jerez in 2020 that he completed a grand prix with no pain – though admits his arm took longer to recover during the week between Japan and this weekend’s Thailand GP than he anticipated.

“It’s true that in the Motegi GP the weather helped us, in the way that on the Saturday we didn’t stress the body so much,” Marquez said.

“And this I felt. And during the weekend I took more time than what I expected to recover, because on Monday I felt ok but on Tuesday I got up and my arm was completely stiff.

“It took time [to recover] but today I started to feel better, so tomorrow it will not be a problem.”

Marquez’s race was helped by the fact he stressed his body less during Saturday’s wet running, with this weekend’s forecasts in Thailand looking just as unsettled. 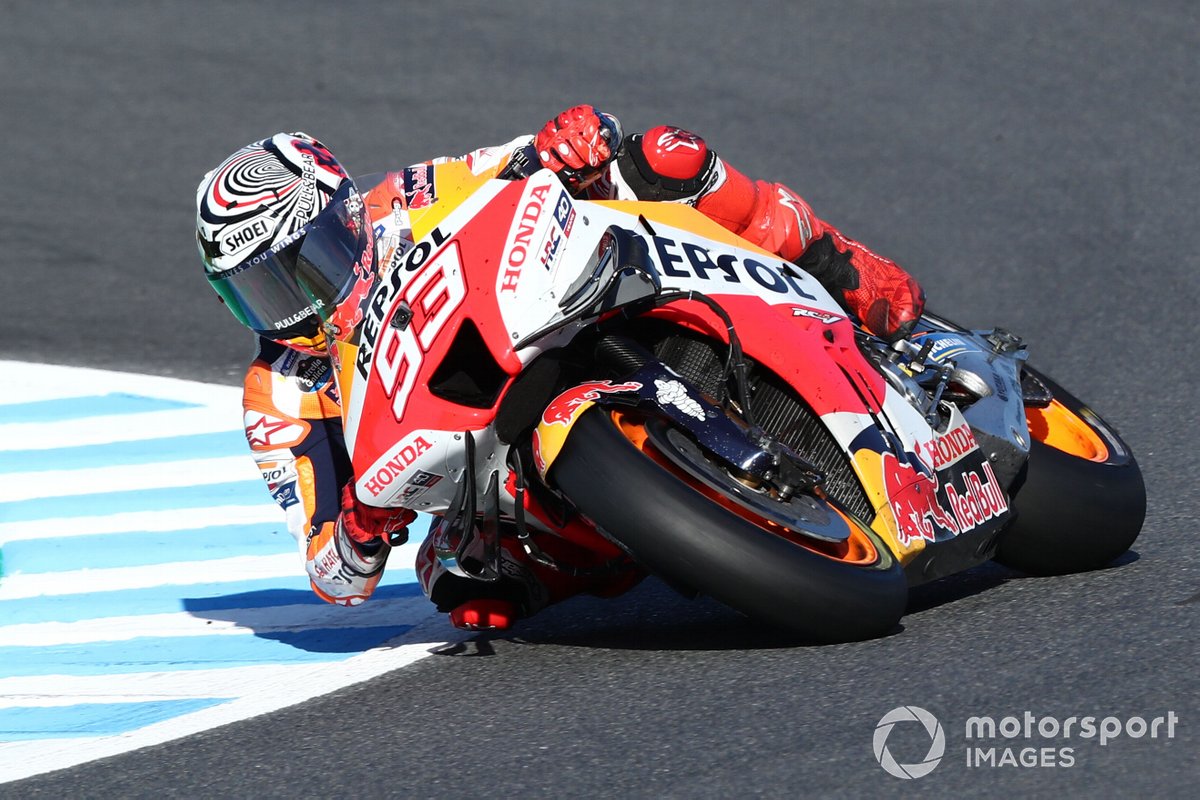 While the Honda rider concedes wet conditions will level the playing field for him, he is keeping “a low profile” in regards to his expectations.

“As you say, the forecast looks really unstable,” Marquez added.

“When it’s wet conditions everything is opened.

“The weak points of the bike you don’t feel a lot. But it’s related about your feeling.

“In Motegi I started FP2 in wet conditions, I came back to the box and said ‘don’t touch anything’.

“The feeling was good. So, it’s related about the grip on track, the amount of water on track. So, we will see. We will try to work well but [will keep] a low profile.”