Honda has announced Marc Marquez will miss this weekend’s MotoGP Algarve Grand Prix in Portugal after suffering a concussion in a training incident.

Still feeling unwell, he has been advised to miss this weekend’s penultimate round of the 2021 MotoGP season in Portugal.

Stefan Bradl will deputise for the Spanish rider in his fifth race appearance this year and his third time racing in place of Marquez.

The brief statement from HRC read: “This past Saturday Marc Marquez, while preparing for the Algarve Grand Prix with one of his standard off-road training sessions, suffered a fall that caused a slight head concussion.

“After a few days of rest at home and seeing that he was still unwell, today Marquez has been assessed by doctors in a medical check-up to evaluate his current status.

“As a precautionary measure, this coming weekend Marquez will not contest the Algarve Grand Prix.”

Portimao was the scene of Marquez’s comeback from an injury-forced absence from the COVID-delayed 2020 season, when he badly broke his right arm and required three operations on it.

The six-time MotoGP world champion finished seventh in that grand prix, which was the best result for any Honda rider at that point in 2021. 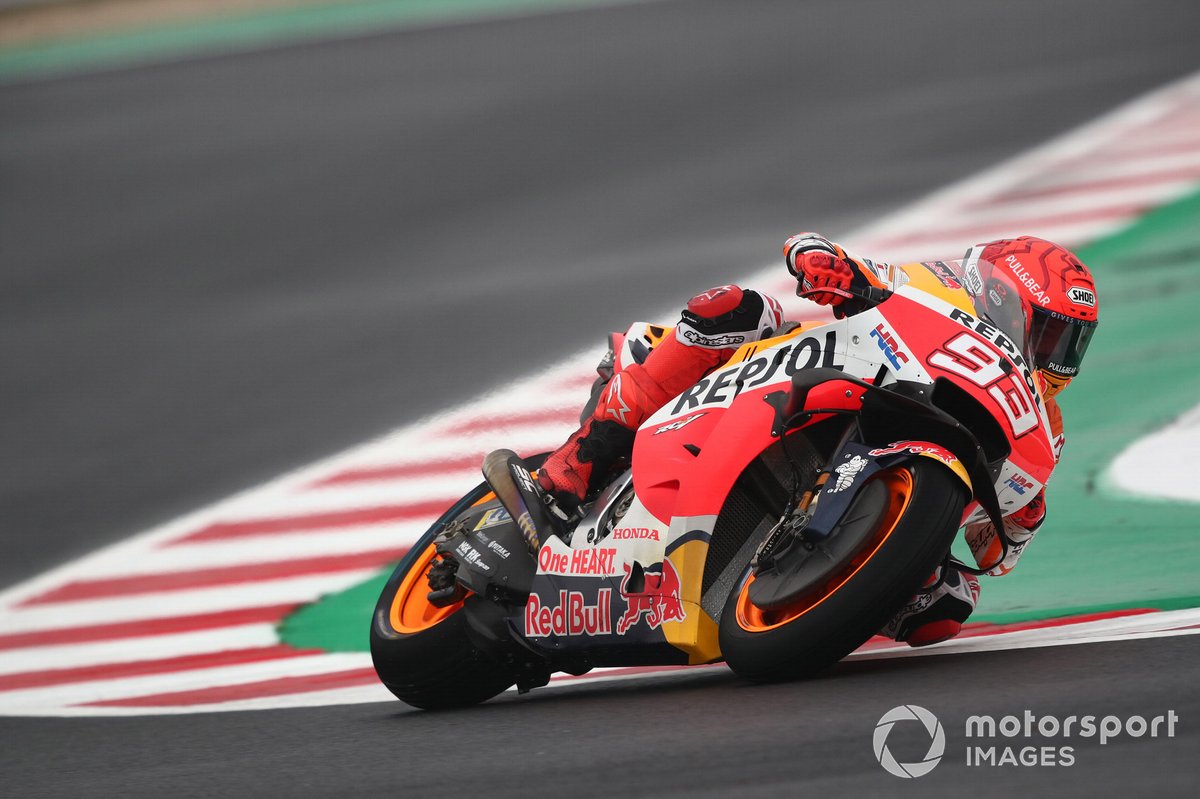 Marquez has struggled to get back up to full fitness in 2021, particularly in his right shoulder.

Winning twice on anticlockwise circuits at the Sachsenring and the Circuit of the Americas, while also finishing second at Aragon, Marquez made a major breakthrough on right-handed circuits in the previous Emilia Romagna GP.

Having chased Ducati’s Francesco Bagnaia hard for the first 22 laps of the Misano race, Marquez was set to finish a strong second before a late crash for Bagnaia gifted the Honda rider his first win on a clockwise track since the 2019 Japanese GP at Motegi.

Honda has made no mention if Marquez will be replaced by HRC test rider Stefan Bradl.

This weekend’s Algarve GP will be MotoGP’s second visit to Portugal this season, with the event a late addition after the cancellation of the Pacific flyaway events due to COVID-19.

Marquez is currently the top Honda rider in the standings in sixth and had a shot at snatching third as he was just 33 points adrift of Suzuki’s Joan Mir.

However, this latest absence has ended these hopes. With that said, Marquez will still end 2021 as the top Honda rider.