Marc Marquez has claimed that his pre-injury self could have fought for the 2021 MotoGP title on the current Honda.

The six-time MotoGP world champion badly broke his right arm in a crash during last year’s Spanish Grand Prix, which ruled him out of the 2020 season and led to a nine-month injury lay-off as he recovered from three operations.

In his absence, Honda endured its first winless season since it returned to MotoGP full-time in 1982 and scored just two podiums.

Marquez ended this streak in Germany with a sensational Sachsenring victory in June, a product of the circuit’s anti-clockwise nature taking the stress off of his recovering right arm.

Despite missing the first two races of 2021 and still not at 100% fitness, Marquez is now the leading Honda rider in the standings in 11th, four points clear of LCR’s Takaaki Nakagami.

The 2021 season has been largely difficult for Honda riders due to a lack of rear grip on the current RC213V, with no other HRC runner making it to the podium other than Marquez.

In an exclusive interview with Autosport, he said he would be in the title hunt on the 2021 despite its shortcomings if wasn’t recovering from injury.

“I think the pre-injury Marc could challenge for the title on this bike,” said Marquez, who won 12 races in his last full-season in 2019.

“I probably couldn't win as many [races] as in 2019, but I could fight for the world championship and be in the top three very often. 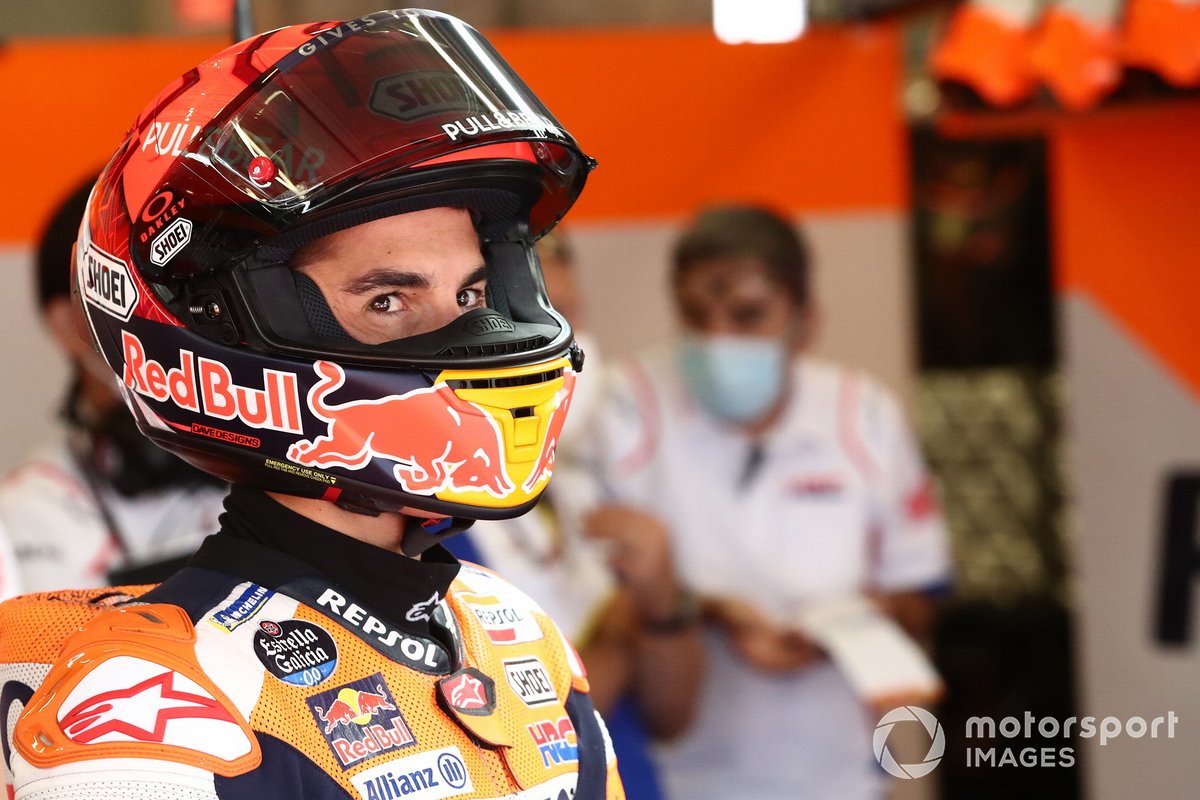 “And I think so for one simple reason: on the tracks where I haven't felt the physical limitation, or I've felt it less, I've been much better.

“But I can't always make up for it myself, the bike has to help me, and it doesn't do that now. Neither me nor the rest of the Honda riders.

“Now my physique allows me to ride a bike, but not to do magic.

“If I was far behind the other riders of the brand I would think something was wrong.

“But I'm ahead of them despite missing two races.”