Marquez, who has never been beaten in a premier class race in the USA, set the fastest time in second practice, after using a new soft rear tyre in his final run.

Riders believe the circuit is significantly bumpier than it was 12 months ago, and Marquez feels Yamaha's M1, as ridden by championship leader Maverick Vinales, is handling them better.

"I'm quite happy because I'm quite consistent," Marquez said.

"Still we can improve in some areas, but we had some problems with the front-end confidence and also to absorb the bumps.

"It looks like the Yamaha bikes, like in Argentina, here they are really good to absorb the bumps, their bike is really stable when the bikes are moving all of the time.

"We need to try to understand why."

Marquez's closest challenger on Friday was Tech3's Johann Zarco on a year-old Yamaha, and he said following the rookie in first practice highlighted the strength of the M1.

"Yamaha over the bumps is really good, it's really stable," said Marquez.

"And then the acceleration, every year it looks like they improve more and more.

"I followed Zarco and I understood everything.

"They have a really strong point, and we must work hard to try to attack in another point." 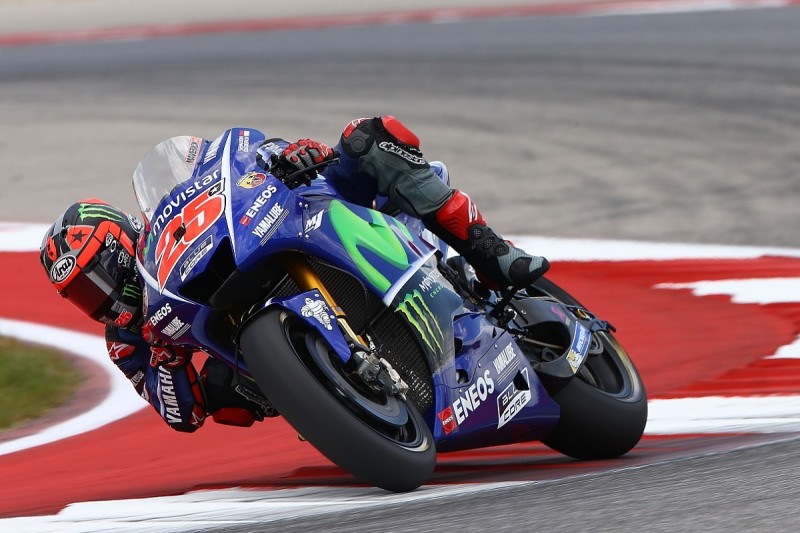 Vinales led the way in first practice on Friday and was third in the afternoon, 0.390 seconds slower than Marquez but without using a new or soft rear tyre.

While the Spaniard acknowledges the Yamaha is good over the bumps, he said the Suzuki he rode for the last two seasons was not dissimilar, and that his riding style might be helping.

"I feel good over the bumps, but I was feeling good also last year," he said.

"Maybe my riding style helps a little bit. But anyway our bike is really stable, even on the braking point.

"I'm happy for that because I feel safe on the bike, I didn't go over the limit anywhere on the track, so the important thing is to feel like that and feel like the bike is there when there is bumps."