The 16-year-old has stunned the motorcycle racing world in the first three races of his world championship career, having finished second and won twice – with his maiden win at the Doha Grand Prix coming from pitlane.

This has left the Ajo KTM rider 31 points clear in the championship coming to this weekend’s Spanish GP at Jerez.

Marquez – who had a similarly blazing rise through the ranks to MotoGP from 2009 to 2013 – heaped praise on Acosta and is sure he will be in MotoGP soon.

PLUS: The old-school Moto3 rookie taking MotoGP by storm

“Yeah, of course I already speak with before and his riding style is good, his talent is good, he’s fast,” Marquez said on Thursday at Jerez.

“This is obvious with the results. Of course, being here on the press conference with MotoGP riders at 16 years old, I think it’s difficult to accept for him because maybe too much pressure.

“But what I say is forget about everything, enjoy it now.

“You are a young talented kid and if he wins on Sunday it will be ok, if he finishes top five, top 10 it will be ok.

“It’s his first year, so now it’s time to enjoy, this is my advice to him.

“He will have time to put pressure on himself. Apart from that, congrats. 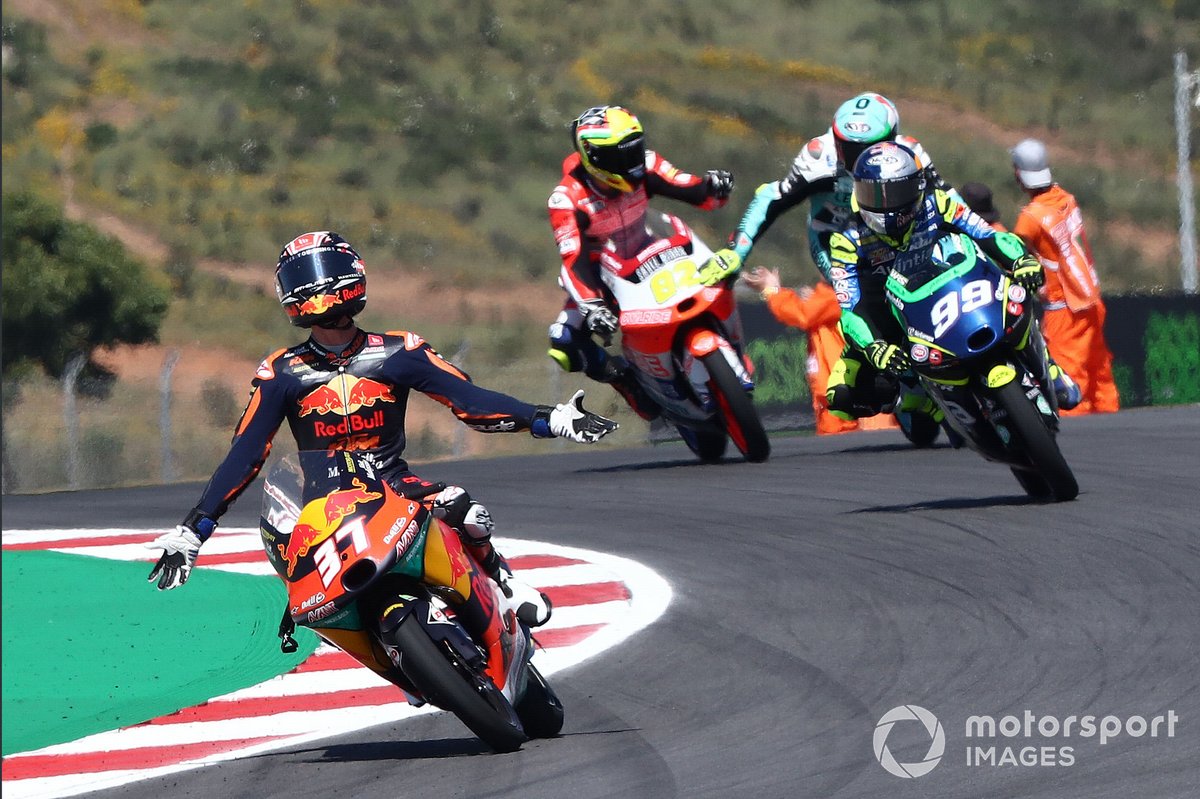 Petronas SRT’s Franco Morbidelli noted Acosta’s start to his Moto3 career was similar to Romano Fenati’s, who in 2012 finished second on his debut and won at the following round.

But Morbidelli admits Acosta has “something different” that “we’ve never seen”.

“Yeah, I think to remain with the feet on the ground is important, but Pedro has something different,” Morbidelli added.

“I’ve been watching races since I was a little kid and I’ve seen Romano Fenati doing something similar.

“But it was a different situation, Moto3 was new, was different. What we’ve seen from Pedro is something else, this is clear.

“He looks like a really focused guy, he’s not here to play too much. So, feet on the ground is the right advice.”

Acosta was present in Thursday’s pre-event press conference and was thankful for the praise MotoGP’s elite were showering him in.

“When I entered here I had the ass like this [makes clenched gesture],” he joked.

“But, now I’m more relaxed, but finally when you listen to these good words from these top guys.

“It’s good for the status and we will see. Finally, we have to keep enjoying and to have a cool head.”

Acosta’s team boss Ako Ajo told Autosport during the Portugal weekend that the 16-year-old had an “old-school” style “not normal” for a young rider nowadays.