Reigning Red Bull Rookies Cup champion Acosta has made a storming start to his grand prix career in Moto3 so far in 2021, winning two of the first three races and holding a 31-point lead in the world championship.

The 16-year-old – whose first win came from pitlane at the Doha Grand Prix – has garnered a lot of interest from the racing world and has copped praise from some of MotoGP’s high-profile figures.

PLUS: The “old-school” Moto3 rookie taking MotoGP by storm

Veteran team boss Ajo says Acosta has an approach similar to current Ducati MotoGP rider Jack Miller (who was runner-up in Moto3 in 2014 with the team and who is managed by Ajo) and current Moto2 points leader Remy Gardner, who races with the Finn’s squad.

“It’s always really difficult to compare riders,” Ajo said when asked by Autosport how Acosta stacks up to other riders who have come through his squad.

“There are many talented riders in this championship and nearly everyone has his style and his way to go.

“But of course also we are trying to learn from each rider.

“It doesn’t matter if he is 16 or 30 years old, we are trying to learn from them to be even more prepared always in our work and to be stronger and stronger every day.

“But of course the main work from us is to bring something to the riders maybe even more than what they’ve had in the past to improve our understanding that we can help our riders more and more.

“Pedro has… what I like in Pedro is he has this old school style, which maybe reminds me a little bit about Australian riders Jack Miller and Remy Gardner.

“This is not really normal anymore in the young generation.

“But if you use it well, it could be a really strong part of you to have in your working style something from the old ways.” 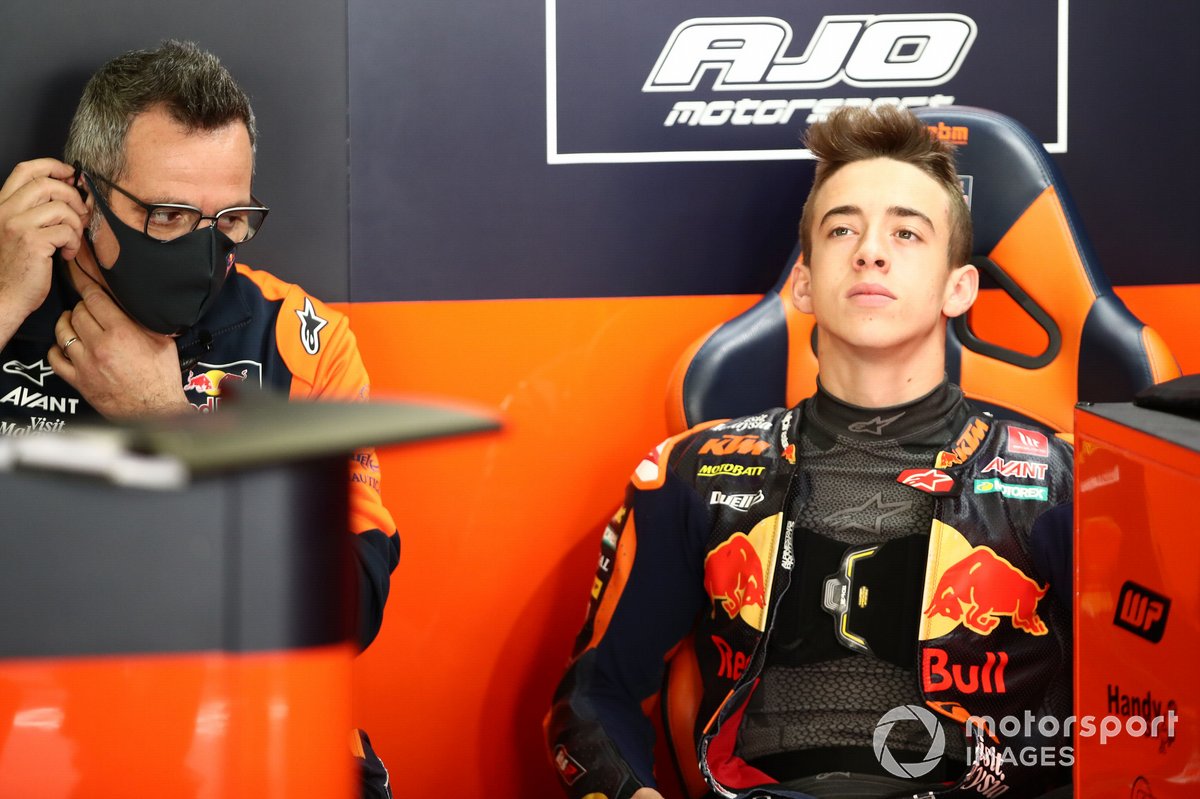 Ajo admits “we didn’t expect” Acosta’s strong start to the 2021 season, but feels the 16-year-old is equipped to handle any pressure which might come his way – noting he shunned social media and even changed sim card in his phone following his first win.

“I think it’s not easy for a young rider when everybody starts to talk about you,” Ajo added.

“But this is a test. This is a test, and let’s say it’s not only a test but the learning process.

“I don’t expect that everything goes always perfect, and I even sometimes hope it’s not always going perfect sometimes because where we are learning is in the mistakes and in these [tough] moments.

“And we need it to get better and better all the time, and if everything is going well I think finally we are not complete.

“So, it’s normal that you have these moments. But I don’t think Pedro is the first one who gets disturbed.

“He’s a really funny boy with a good attitude, and how I see it how he was handling after his first win the next week, he was not really looking at Instagram or news.

“And even changed his sim card in his phone. So, I think he was quite well prepared for that [increase in attention].”