The Red Bull Ring will be a deceptively difficult venue for MotoGP when the Austrian Grand Prix returns, reckons double champion Marc Marquez

The Formula 1 venue hosts MotoGP for the first time in 19 years on August 12-14.

It was a second run for Marquez after he had previously sampled the circuit in an event last August.

"It was pretty bumpy then, but with the new Tarmac laid on it is much smoother now," said Marquez, who found the track reminiscent of Austin.

"It has got some interesting corners, some of which - like the final one - seem to be pretty easy but will turn out difficult and probably not forgiving.

"As Red Bull Ring consists of only two left-hand corners, maybe the tyre there will be too cold in the first lap, so we have to pay attention."

Pedrosa and Marquez predicted top speeds might exceed 200mph on the long straight.

"It won't be the fastest track but pretty fast," Marquez added.

Organisers expect a sell-out crowd of over 200,000, with strong early ticket demand encouraging them to expand existing grandstands and build an additional stand on the infield.

Asked why he felt MotoGP pre-sales in Austria were looking stronger than F1 at present, Marquez replied: "I think the fans realise that in F1 the car counts so much whereas in MotoGP a good rider can make up for not-so-good machinery". 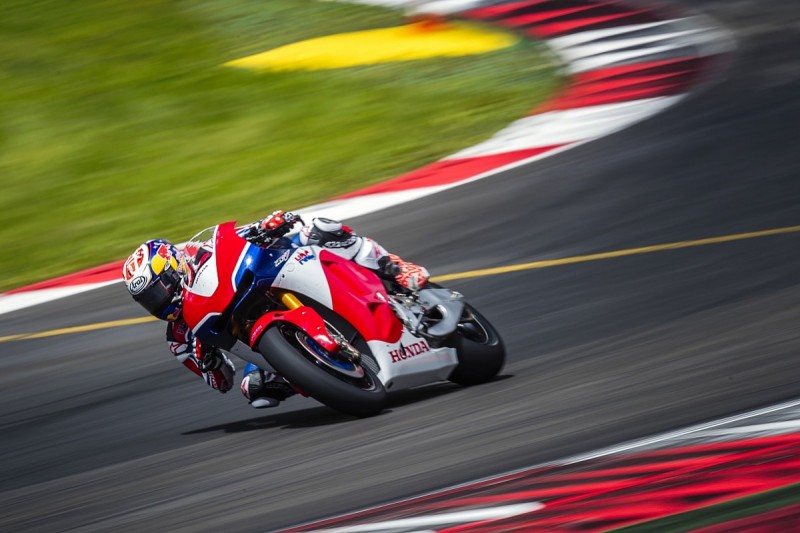 The top MotoGP rides no one wants