Lorenzo stated earlier in the season that he was open to obeying team orders to help Dovizioso if and when the time came.

But speaking at an event for sponsor Tissot in Melbourne on Tuesday, Lorenzo said he still considers it too early to relinquish a race lead.

"Probably not for the next two races," he told Autosport when asked if he would sacrifice a win to help his team-mate.

"It would be different in Valencia for the last race, but for now, if I have the chance to win... normally [a position change] shouldn't happen.

"If it was fighting for another position maybe, but for the win, maybe it's still too soon." 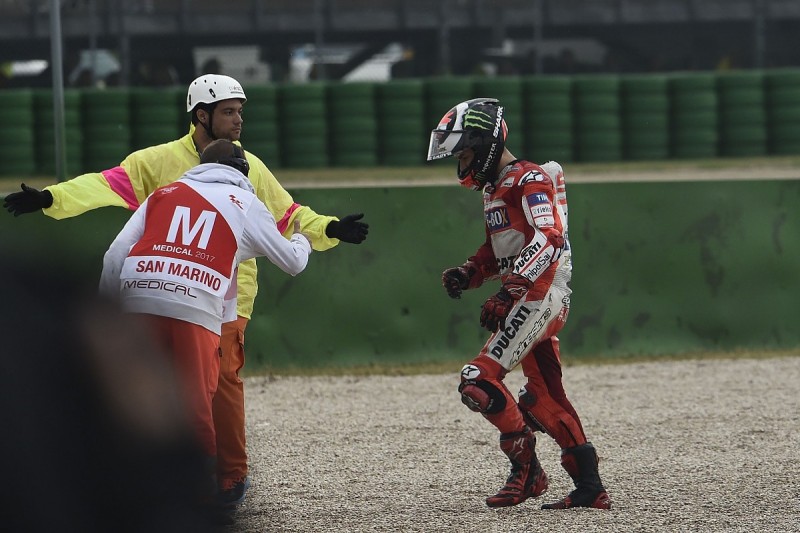 Lorenzo also reiterated his frustration at not having already broken his duck on the Ducati, singling out the Misano and Motegi races as chances lost.

"For example at Misano. I had a real chance to win, I was leading by five seconds. But the conditions were very delicate, and I made a small mistake and crashed.

"Also in Motegi, I believe I had a good chance to win. But then came the heavy rain, and I didn't have the same feeling as in the normal wet conditions. I struggled more than I expected.

"For me Motegi was the greatest chance to win.

"Maybe here at Phillip Island we have a small possibility, and in Malaysia even more. But I'm disappointed about the race in Motegi to be honest.

"But, you know, you need to look forward, forget the past and concentrate on what you can do now."

Valentino Rossi: Tech3 MotoGP stand-in could be a star for Japan