The VR46 Ducati rider had one front row start to his credit when he was second at the Italian GP in May prior to Saturday’s qualifying in Thailand.

After stringing together a new lap record of 1m29.671s to snatch pole at the end of Q2, Bezzecchi has become a record 10th different polesitter in 2022 and gave Rossi’s team its first qualifying success.

Talking about his pole, Bezzecchi – who is the seventh Ducati rider to achieve the feat in 2022 - said: “Was a fantastic day for sure. Honestly, I didn’t expect to make pole position.

“But my lap was good and I knew it. When I arrived to parc ferme it was a big emotion with all of my crew, my guys.

“It was a very good feeling, but I’m also happy because we worked very well since yesterday because yesterday I was not fast.

“From this morning we made a step and I was very competitive, also in terms of pace. So, it was a very nice day.

“Honestly, this morning I was already good in the last sector but today I think I made a very good last corner and this gave me the possibility of this pole position. But overall I was fast over the lap.”

Bezzecchi’s fellow VR46 Academy member Francesco Bagnaia lines up as the leading championship contender in third on his factory Ducati. 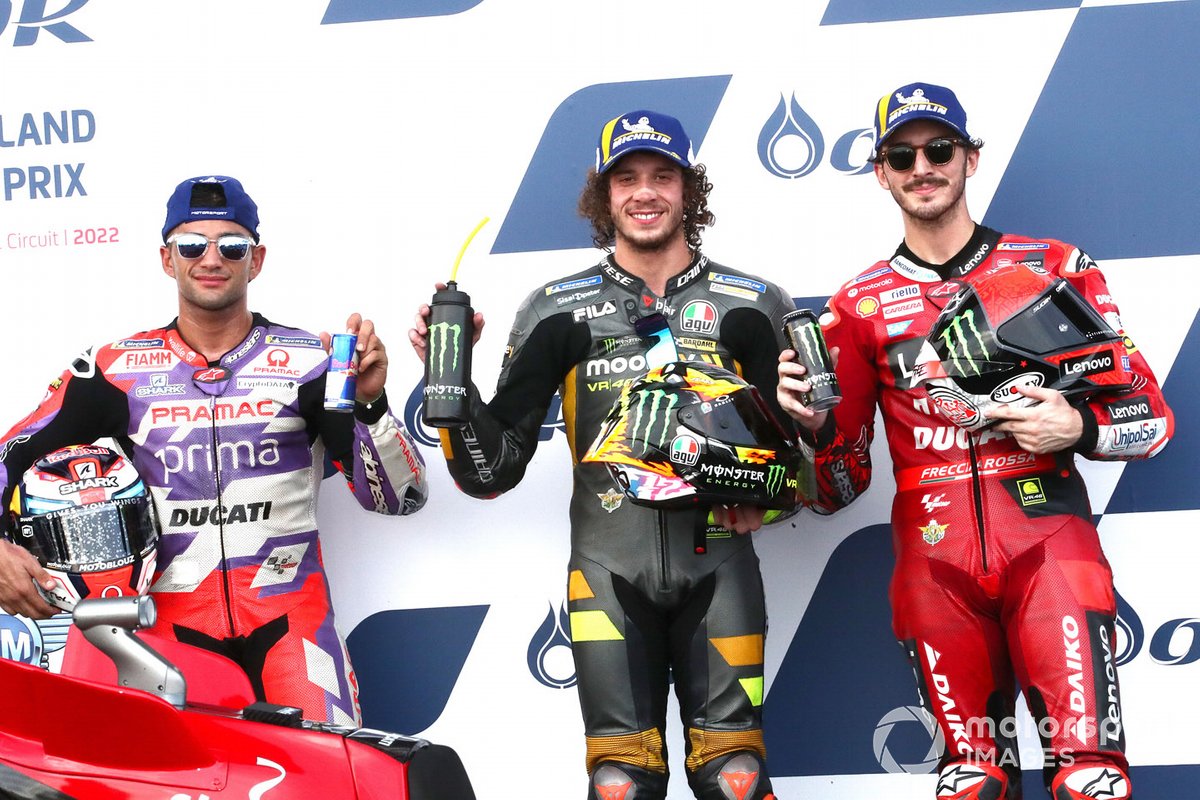 Bagnaia – who is 18 points behind championship leader Fabio Quartararo, who was fourth on Saturday at Buriram – said after Friday’s running that he was initially “worried” as the problems that dogged him Japan persisted.

But from that point Bagnaia and his Ducati team were able to turn things around, though his qualifying was hindered by a bad first run which forced him to be “safe” on his second attempt.

“I’m happy about today because at the start of the qualifying I was struggling a bit with the first rear tyre,” Bagnaia said.

“I didn’t do a good lap time and I was struggling to find some traction.

“When I stopped and restarted from the first lap I was already fast and I just tried to do a very competitive lap but in a safe position because I know I didn’t have a lap in the first attempt. It was important to finish that lap.”