KTM says it would “absolutely” back Danilo Petrucci if he does switch to rallying should he fail to secure a MotoGP seat for the 2022 season.

Petrucci’s place at the Tech3 KTM squad looks in doubt after the Austrian marque confirmed it had signed current Moto2 points leader Remy Gardner for 2022.

Though yet to be officially announced, Autosport understands it had also signed Gardner’s Ajo team-mate Raul Fernandez to step up to MotoGP with Tech3 next year.

Petrucci previously told Autosport that he has not engaged in discussions with other MotoGP teams as he only wants to continue with KTM, while admitting a World Superbike move isn’t on the cards as he feels the problems he has with his weight and height in MotoGP will only be amplified on a Superbike.

Should he lose his place in MotoGP, the double race winner revealed to Autosport last month that he would like to take up rallying and that tackling the Dakar was “my target”.

Speaking exclusively to Autosport last month, KTM motorsport boss Pit Beirer says the marque would be his partner in any rallying endeavours if that’s what he wanted.

“Absolutely,” Beirer replied when Autosport asked if it would be interested in backing Petrucci in rallying.

“First, I want to tell him we still have a job to do here in this paddock, we are not done, we will not leave the stage and fail to perform together.

“It’s a big target from my side.

“But he’s such a good boy, we like him so much, we like to work with him.

“We like his father because we know him for many years when he was working already with KTM.

“So, if he wants to switch to rallies, we will be his partner for sure.” 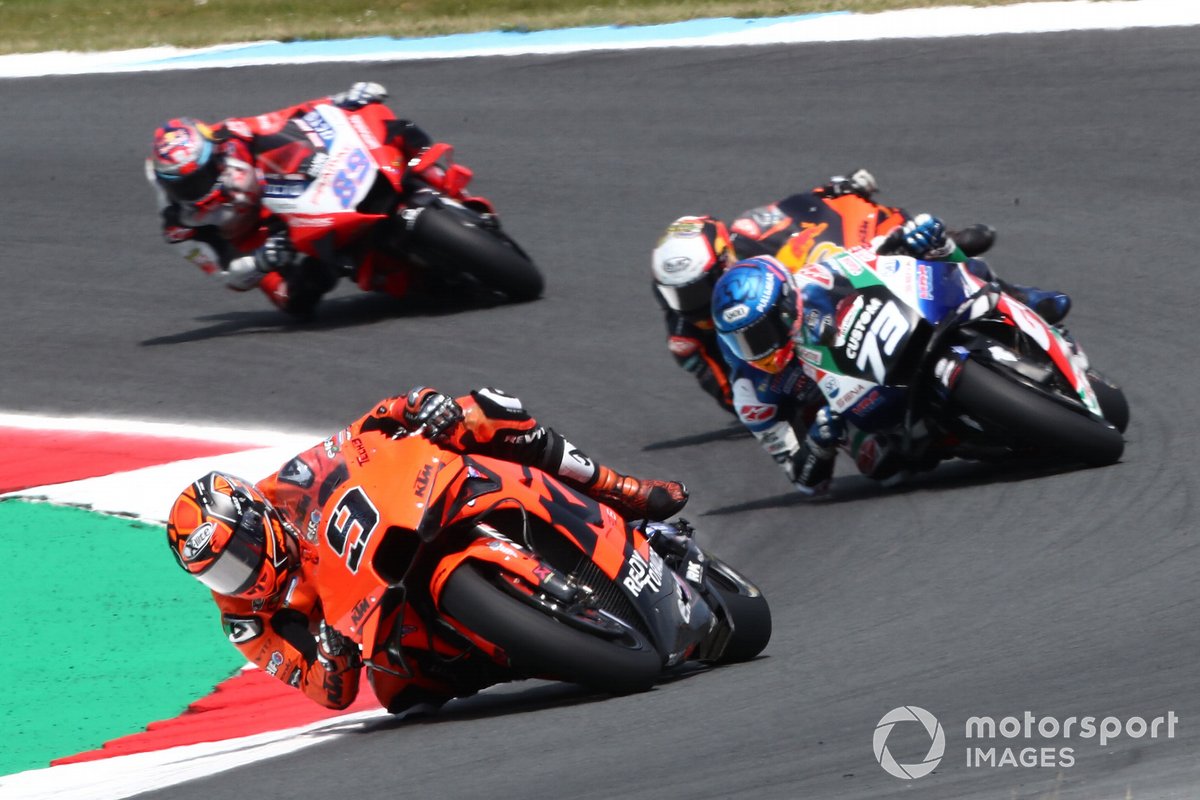 Petrucci has struggled on his switch to KTM machinery after seven years riding Ducatis.

His best result after the first nine races was a fifth in the flag-to-flag French GP, with ninth at the high attrition Italian GP his best dry result.

Petrucci’s main issue stems from the softer construction rear tyres from Michelin introduced in 2020 being too soft for him – the Italian the tallest and heaviest rider on the grid at 181cm and 80kg.

As a result, he struggles to get the best from the tyre in qualifying, while his size in turn is costing him top speed.