Following the introduction of a revamped engine at Jerez last month, KTM's focus has turned to improving handling, particularly by adding rear grip.

It brought an updated chassis to Mugello - the new elements a precursor for what is believed to be an all-new chassis in the works - and the pair both had one at their disposal on Friday.

On their way to 22nd and 23rd, led by Espargaro, the riders also tried different set-up directions on the existing chassis.

"Bradley went one way and I went one other way and by the end both results were very similar," Espargaro said.

"Tomorrow we are going to try and mix it to see if it is going to help us and to see where we are.

"Honestly, we used today as a test day because we had so many new pieces and this track is not easy, so we needed to throw this day almost on the rubbish.

"We tried a new chassis. It's not 100% new, it is a modification on the chassis.

"Tomorrow we are going to try to mix Bradley's one with my one to test."

Smith sought to downplay the extent of the changes, saying he could move between the new and existing chassis for the balance of the weekend.

"It's some small mods they wanted to try on Friday rather than Saturday but to be honest much-of-a-much and nothing revolutionary," Smith said.

"The plan is to keep working during the weekend and as long as it is not worse then we'll continue to pursue it.

"Obviously the idea with this type of development is to make things better.

"I think Pol will continue with it and I'm happy to keep one bike like that and go from one to the other." 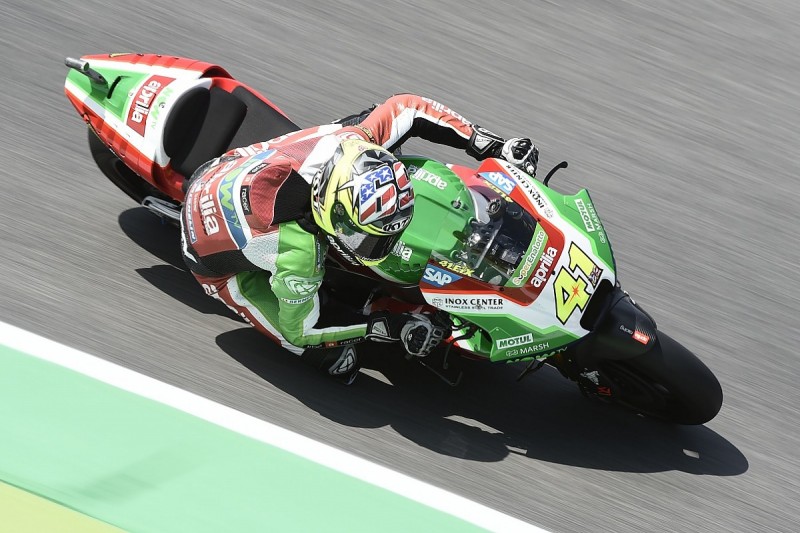 Aprilia also continues its development programme at Mugello, with Aleix Espargaro trying its latest-specification engine for the first time.

While he crashed his one RS-GP fitted with the update in the afternoon, the Spaniard feels it helps with acceleration, which has previously described as "lazy".

Espargaro believes more gains will come when it is partnered with Aprilia's lighter, seamless gearbox, that he tested at Barcelona last week and hopes to use from next weekend's Catalunya Grand Prix.

"In the acceleration, it's a little bit better," he said.