The 34-year-old contested the German and Austrian Grands Prix earlier this year, taking an impressive 10th at the Red Bull Ring, and the team has confirmed he will race again in the Aragon Grand Prix.

Kallio is looking for a full-time ride next season having been linked to a possible place at the Avintia Ducati team, and with regular KTM rider Bradley Smith under pressure to improve his results the Finn has another chance to prove his credentials.

Smith is under contract for 2018 and has had a change of crew chief to Esteban Garcia for the rest of the season in a bid to boost his performances.

"The nice thing is my boss made everything clear, so there's no questions," said Smith.

"They are doing everything possible to help me achieve what they believe my potential is, the reason why they signed me.

"Mika's coming to Aragon to do a wildcard there, which I'm sure will be something that the team will analyse and take.

"I know I have a two-year contract, so let's see what happens." 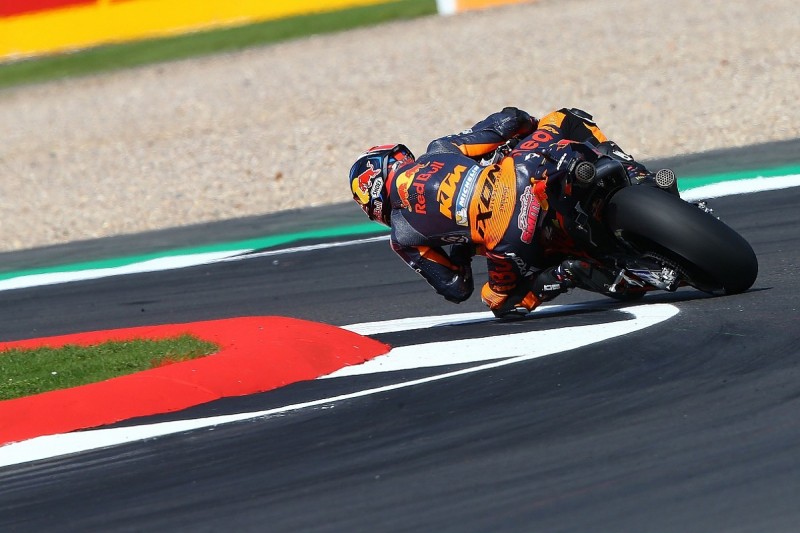 Smith set the slowest time of 23 riders during the opening day of practice at Silverstone, but stressed he was focusing on putting mileage on tyres.

This is to evaluate how a change of traction control system will impact the tyre use over a race distance.

"We weren't able to at the Misano test to really try it 100%, so we wanted to understand if it was good on a new tyre and on old tyres at a different race track.

"You have to go full race distance and see what I could actually achieve.

"It's something we decided, that Friday would be like that.

"It was hard to do so, especially when your team-mate was putting it inside the top 10 but we stuck to the plan and we do what we need to do."

Team-mate Pol Espargaro set a time 2.597 seconds faster that Smith and was seventh fastest in FP2, but Smith is confident he will be able to show his pace on Saturday.

"Pol was fast today, so that shows promising signs for tomorrow," said Smith.

"If we look at what I was able to do in the test in Misano, and what we expect we can do tomorrow, then we are happy with where we are at."