The final places on the 2020 MotoGP grid have yet to be secured, as talks between Jack Miller and Pramac, and Takaaki Nakagami and LCR stalled over the summer break

Both are on deals that expire at the end of this year, but are more than likely to remain where they are currently as no other options are available in MotoGP.

Miller was considered for a works Ducati ride in 2020, but has been passed over in favour of Danilo Petrucci.

He said he has "pretty much shaken hands" with Pramac to stay at the satellite Ducati squad, but admitted progress on signing a deal has not moved forward since the German Grand Prix, with the team still to finalise its financial arrangements to field 2020-spec Ducatis for both Miller and Francesco Bagnaia.

"I'm in the same point [as I was in Germany]," said Miller, when asked how his 2020 talks with Pramac had progressed ahead of the Czech GP.

"It hasn't changed. I'm in the same point, the team... We've pretty much shaken hands, but the team is still finalising.

"So just organising how they're going to get the budget for that and all that stuff [still needs to be done].

"It's quite a big change in terms of the team and budgets and stuff like that, from the team and also from Ducati.

"It takes time, but where else am I going to go? I'm not stressed." 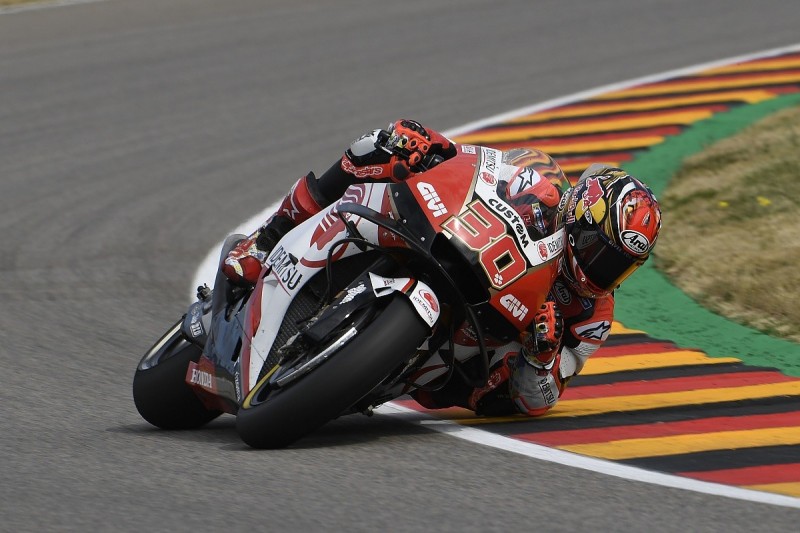 Nakagami rides year-old machinery at LCR but is pushing Honda to give him a works bike for next year, which has led to a stalemate between both parties.

"Still we are not in agreement with Honda," Nakagami revealed.

"HRC and me are trying to find the best balance. But at this moment, I don't agree [with what's been offered].

"They say no [to giving me a 2020 bike], but I say no [to them]. "It's complicated. For sure I will fight until the last moment. Most of the riders [in MotoGP] have factory bikes.

"I'm not saying the previous bike is bad, but most of the bikes are improving a lot.

"Now you can see, only one second [splits] 15 or 16 riders, so one tenth or two tenths [can be worth] five or six positions.

"I understand HRC's [position], but I am pushing my opinion. Let's see."

The 2020 grid took further shape over the summer break, as the Tech3 KTM squad announced Moto2 frontrunner Brad Binder would step up to the premier class, while Avintia confirmed a two-year extension for Tito Rabat.

Aside from Miller and Nakagami, only Petronas SRT duo Fabio Quartararo and Franco Morbidelli have yet to have their places officially confirmed - though they will be staying put.