The Ducati rider fell at Turn 13 just 10 minutes into the morning session and after checks at the trackside clinica mobile was flown to the Bufalini Hospital in Cesena.

There, a CT scan revealed a fracture of his T3 vertebra, which led to him initially being ruled out for the weekend.

That position has subsequently changed and, now "declared fit to be reviewed", Iannone wants to continue riding this weekend pending further checks on Saturday morning.

"On the fifth lap of FP1 I lost the front at Turn 13, crashed and began to roll in the gravel," Iannone said.

"Unfortunately I suffered a compression on my back and the checks showed that the T3 vertebra was cracked.

"The doctors decided to check me again tomorrow morning, before giving me the OK for the race.

"I hope to get some rest tonight and wake up without being in too much pain, because I am really keen on racing here at Misano." 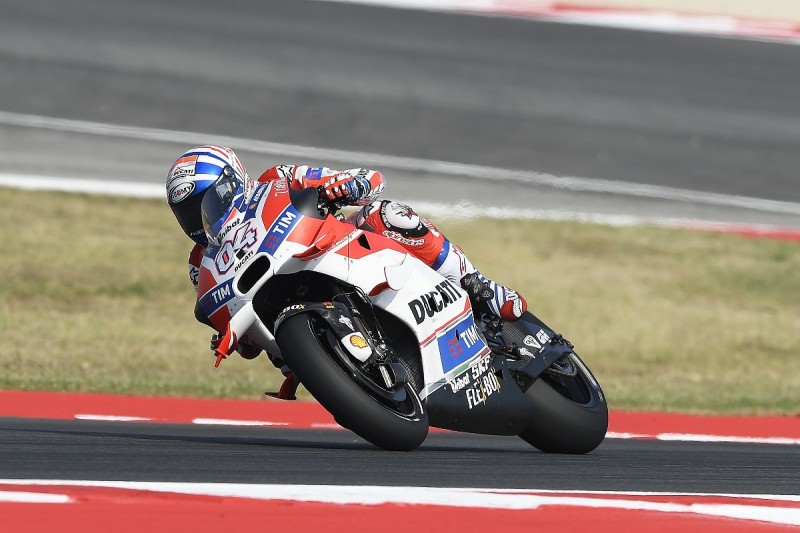 Ducati tested at Misano last month after the Czech Grand Prix, when Dovizioso twisted his knee in a late crash.

While that injury is proving more painful at Misano than it did at Silverstone one week ago, Dovizioso feels "the speed is there", and his focus is now on refining small details for Sunday's 28-lap race.

"I am satisfied with how we worked today, and the fact that in the afternoon we made a good step forward," he said.

"We started off by doing some tyre and set-up tests and we always improved our times, and this is always important.

"We are in line with the quickest riders but tomorrow we will have to improve even further, in order to stay with the top guys, and so we'll focus on these final details."