Lorenzo scored 115 points in the year's first six grands prix to lead the standings by 10 points over Marc Marquez, but he has added just 31 to his tally since, falling to third and 64 behind the Honda rider.

During that time, he has struggled in cool and wet weather, chasing confidence and feeling from Michelin's front tyres.

In hot conditions at Misano and following further development to the front tyres - with a new casing introduced for this weekend - Lorenzo was fifth-fastest in the morning and fourth in the afternoon.

But having not used fresh rubber late in the second session, Lorenzo was buoyed by his performance.

"I'm very happy because finally, after a long while, I feel comfortable again with the bike's setting and I can ride like I want and keep up a constant pace," he said.

"We decided to change the front and rear tyre really quickly during the practice, so we didn't have the advantage to put in a new tyre at the end of the session like the rest of the riders.

"Because of that we couldn't be a little bit faster, but anyway I had a good pace and good feelings."

Team-mate Valentino Rossi led the way in the morning, but was sixth and not happy with his Yamaha's balance in the afternoon's warmer session.

"We started very well this morning," he said.

"With the cooler temperatures this morning I was stronger, but in the afternoon we suffered a bit more, like more or less everybody else, and it became more difficult.

"We have a lot of work to do because we are a bit on the limit with the front tyre, so we need to try to find the right balance, also considering that the race will be very long." 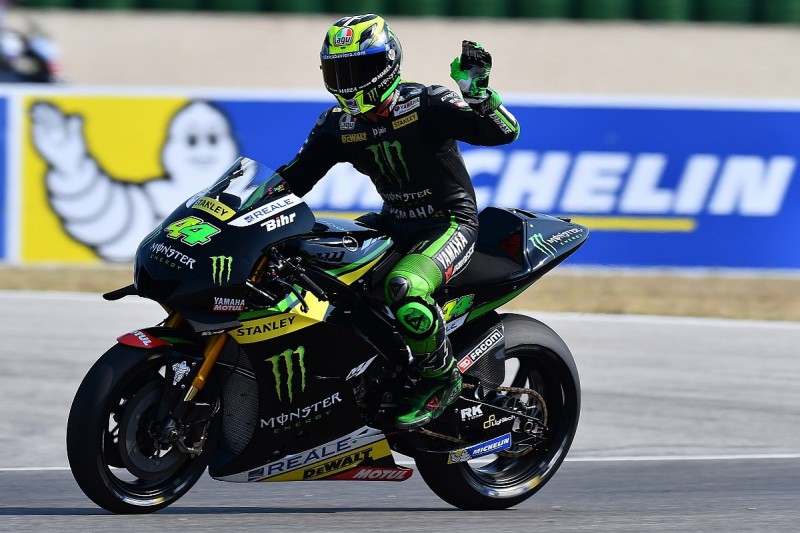 Tech3 Yamaha rider Pol Espargaro was second to Rossi in the morning and then lead the afternoon session.

The Spaniard reported feeling no ill-effects after his Silverstone crash on Sunday, and feels the revised front tyres suit his riding style.

"The tyres that Michelin brought here have allowed me to ride my Yamaha more in a way that I want to," he said.

"The rear hard compound has a lot of grip and performed well whilst braking.

"The end result is a small trophy but the important work starts tomorrow.

"Another positive from today is that my physical condition after the nasty crash in Silverstone is not affecting my riding whilst on track."