Honda on back foot after first MotoGP 2017 test - Cal Crutchlow

Honda is on the back foot after the first of MotoGP's three pre-season tests, LCR satellite rider Cal Crutchlow concedes

The Japanese manufacturer spent last week's running at Sepang trying to get on top of its new-configuration engine, a process that was hindered by electronics gremlins.

Its riders spent time comparing the engine tested at the end of 2016 and a new variant, and Honda has a decision to make on whether it persists with the latter.

Reigning world champion Marc Marquez finished the test third overall, and while Honda is better-placed than it was 12 months ago when the control ECU was introduced, Crutchlow concedes it is still not ideally-positioned.

"I did a long day on the newer-spec engine [on Wednesday] and it was quite positive," Crutchlow, who finished the test ninth-fastest, said.

"It was more positive than [on Tuesday], we were probably able to learn how to ride the bike.

"Me, Marc and Dani [Pedrosa] made a not-too-bad jump in the laptimes and our rhythm is quite good.

"We are happy enough for the moment but we have a lot of work to do there is no doubt about that and I still think we are quite on the back foot. 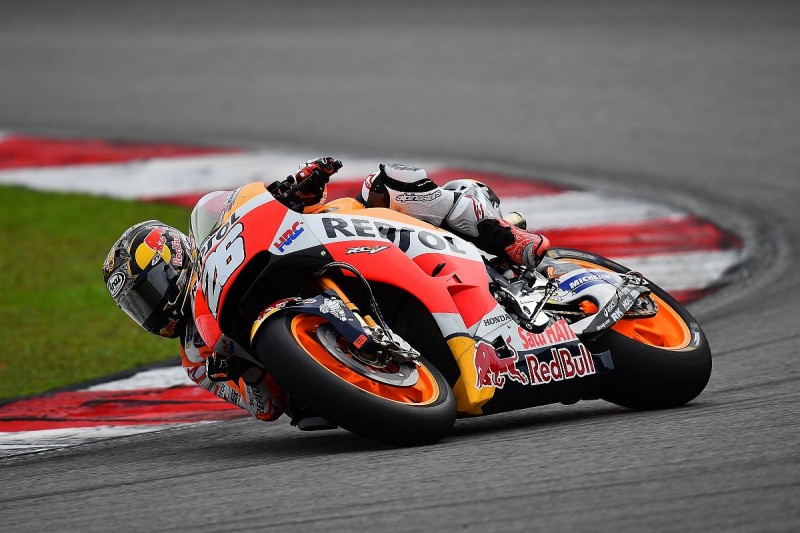 "But we know this and our team and Honda knows this so we are all quite pleasantly surprised and pleased.

Testing continues at Phillip Island with three days from February 15, before the final session and season opener in Qatar next month.

Having battled engine-braking difficulties, Crutchlow said an end-of-test switch back to the old engine for comparison purposes highlighted difference in specifications.

"We had quite a lot of problems with engine braking and the bike not being able to stop, losing at least three tenths in that area alone," he said.

"Even compared to Marc and Dani they have a little something different to be able to do that so we are quite pleased where we ended up.

"I changed back to our old one at the end [of the Wednesday] and it was difficult to switch your head back to riding something different because there is a different characteristic.

"I still have a good way to go with that.

"It's pleasing that we saw Dani and Marc also competitive and we are happy enough with what we've got and what we tried."