The Gresini Racing MotoGP squad has announced Alex Marquez will join the squad in 2023 alongside Fabio Di Giannantonio, paving the way for Alex Rins’ LCR move.

As first reported by Autosport earlier in the Dutch Grand Prix weekend, outgoing Suzuki rider Rins is nearing a deal with Honda to join LCR next season on factory machinery.

This was coming at the expense of Marquez’s place at LCR, with team boss Lucio Cecchinello all but confirming on Friday at Assen that the 2019 Moto2 world champion would be leaving the outfit in 2023.

Marquez’s place at LCR has been under threat for some time, with the likes of Jack Miller, Miguel Oliveira and Rins being linked to it – though Marquez has also grown frustrated at the difficulties he has found in riding the Honda.

On Sunday ahead of today’s Dutch GP, Gresini has confirmed double MotoGP podium finisher Marquez will join the team in 2023 on a factory-spec Ducati.

It has also confirmed Mugello poleman Di Giannantonio’s stay for 2023, the Italian riding a 2022-spec Ducati next year.

“I’m really happy to announce that I’ll be joining Team Gresini MotoGP, and I’m also very excited to be starting this new adventure: it was crucial for me to change in order to recover the same type of motivation I had when I first joined this class,” Marquez said.

“This was the best option for me, with a team that helped writing the history of this championship.

“I would like to thank Nadia [Padovani] and all the GR staff for believing in me.

“I still have half a season left to do my best before starting 2023 with top motivation.” 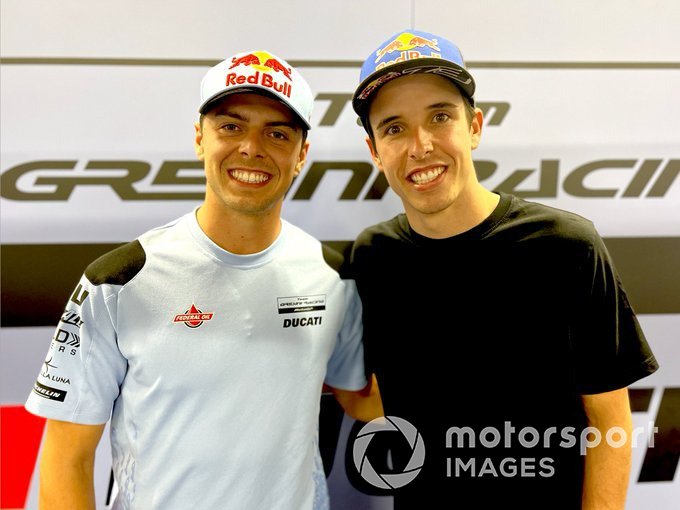 Marquez and Di Giannantonio have signed directly with Gresini rather than to Ducati.

Current Gresini rider Enea Bastianini has signed a new factory deal with Ducati for 2023, but it is yet to be decided whether he will join Francesco Bagnaia at the factory squad or move to Pramac in place of Jorge Martin should he be promoted.

Oliveira is now likely to join RNF Racing on an Aprilia next year, while Miller has a factory KTM deal in his pocket for 2023.

Rins’ signing to Honda on a two-year factory deal to join LCR is expected to be announced imminently, while his current Suzuki team-mate Joan Mir is set to take Tech 3 KTM-bound Pol Espargaro’s place at the factory HRC team.