Aleix Espargaro believed he could replicate his brother Pol's MotoGP podium success at KTM on the Aprilia before this season, and says the Austrian marque must be "an example"

Pol Espargaro has managed three podiums so far in 2020 aboard the factory KTM, the latest of which coming last weekend when he finished the wet French Grand Prix third.

His elder brother Aleix was some 39 seconds off the leaders down in 14th as he struggled for traction on his RS-GP.

Aleix says he can be happy for his brother's success at KTM, but feels Aprilia must "take them as an example" and "copy" them going forward.

"Pol is a guy who puts 80% of his life into this project.

"We are very similar like this; we cannot disconnect even when we are at home.

"We are very involved in our projects. 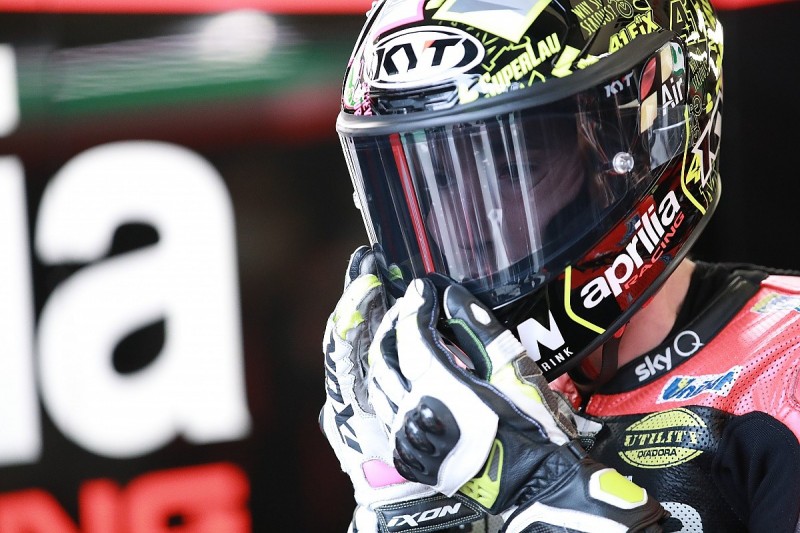 "I know how much he struggled at the beginning of the season.

"In the last two races he had two podiums, I'm very happy for him.

"Unfortunately, I will be really wishing to fight with him for the podium, because this winter especially the two tests, I thought it was possible to do what he is doing and what KTM are doing.

"So, we have to take them as an example and try to copy them.

Aprilia only completed building its all-new bike two weeks before the first test at Sepang back in February, though the outings in Malaysia and Qatar proved extremely positive despite issues with engine reliability.

However, those issues persisted into the season, forcing Aprilia to request to the manufacturers' association to unseal its units to rectify the issue.

Since Jerez, Aprilia has been running its engines with less revs.

Its best result so far in 2020 remains Espargaro's 10th-placed Brno finish in August.

Marquez "agrees" with criticism of 2020 form in rookie MotoGP season