Honda’s Pol Espargaro has harshly judged his 13th in the MotoGP Doha Grand Prix as “disgusting” but is adamant he is “sat on the best bike on the grid”.

Espargaro endured another tough qualifying in the second Qatar outing which left him down in 15th for the start, though he was able to make his way to the lead group having had pace good enough to fight for victory.

But the Honda rider made “two huge mistakes” in the closing stages when he ran wide at Turn 1 and came away from the Doha GP with 13th.

Espargaro reckons he lost around four seconds at the start to the leaders because of his poor starting position, and concedes not putting the whole weekend together is “painful” given how quick he is on the Honda.

“On the performance, on lap time during the race it’s better than I expected and also I think Honda is very happy because on race pace we are to fight for the podium or the win here in Qatar where normally they have struggled in the past years,” Espargaro said.

“But on the result, for sure I’m not satisfied.

“I did two huge mistakes which put us out of the top six, I think we could be seventh, sixth today and we finished 13th.

“So, if you check the standings the result is disgusting, but if you check all the race – the rhythm, the overtaking from where we were starting, for sure it’s more than what I expect.

“So, the feeling is great. I feel good because we are fast, I have the speed.

“The problem is we couldn’t put everything together and that’s painful.” 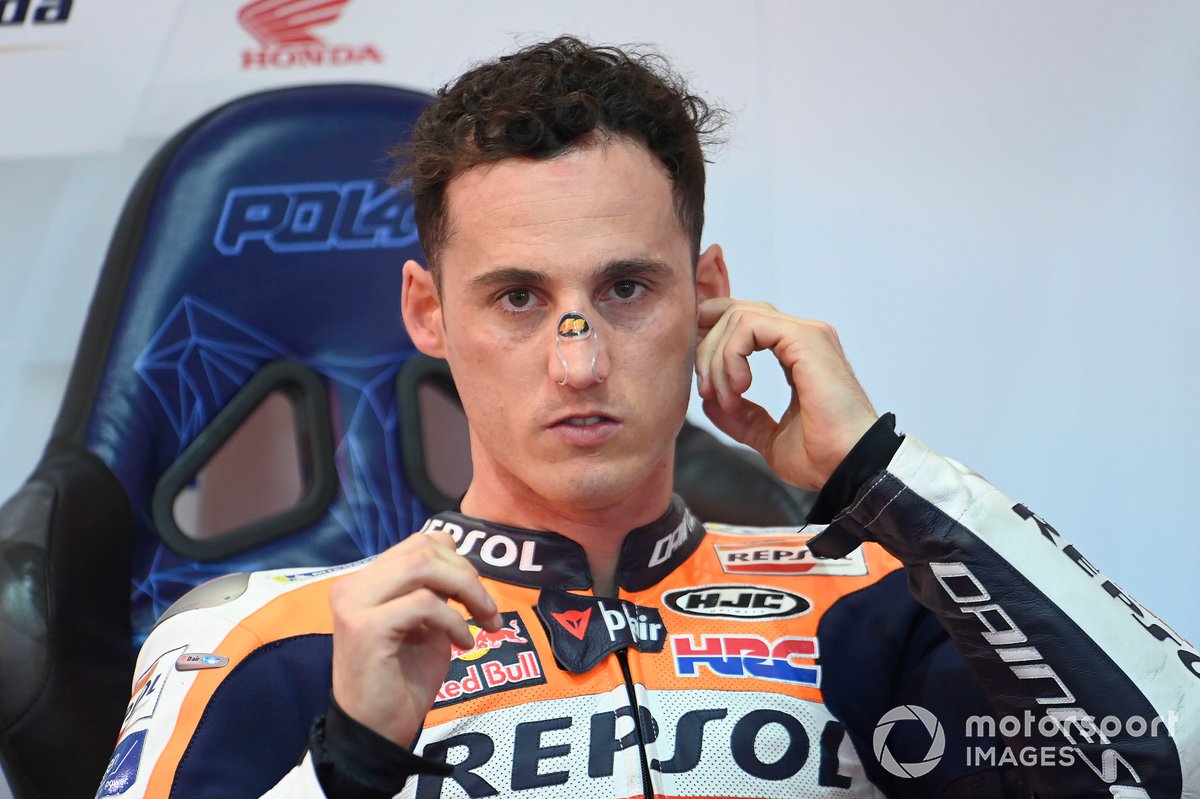 Espargaro remains confident in the potential of the bike and is convinced he can fight for the championship in 2021 if Honda can improve the RC213V in qualifying trim.

“Well, at the moment, here in Honda in this track for us it was one of the worst places by far,” he added.

“We had no one session where we said ‘okay, we’re in an okay pace or okay lap time’.

“Even like that I was one of the fastest of the race, so it means I have the feeling I’m sat on the best bike of the grid by far.

“Just we need to put everything together. We need a good Saturday, this is going to put us on top of the time attack list.

“So, starting from the first two rows, and if today we started there we would have finished on the podium for sure.

“But just the problem we start in 15th and in the first three, four laps we lose four seconds.

“Our performance was outstanding. The only problem is we are not putting everything together.

“But I feel strong as to be world champion at the end of the year, but we need to put everything together starting with Saturday.

“If we improved Saturdays we can be fighting for the podium in every race.”