Just six rounds into the current season, the make-up of the grid for the 2019 campaign is almost set after one of the most volatile and unpredictable silly seasons in recent memory.

Ducati rider Jorge Lorenzo's spectacular defection to Honda followed his first victory for the Italian marque last weekend at Mugello, with Danilo Petrucci promoted from the satellite Pramac team to replace him.

Dani Pedrosa, who had been a works Honda rider since 2006, was dropped to make room for Lorenzo. Elsewhere, Andrea Iannone will leave Suzuki despite an upturn in form on board the GSX-RR at the start of this year.

Rossi announced a fresh two-year contract with Yamaha on the eve of the current season, and he says that Lorenzo and Iannone are proof that MotoGP teams should take more time before making decisions on their line-ups for the following year. 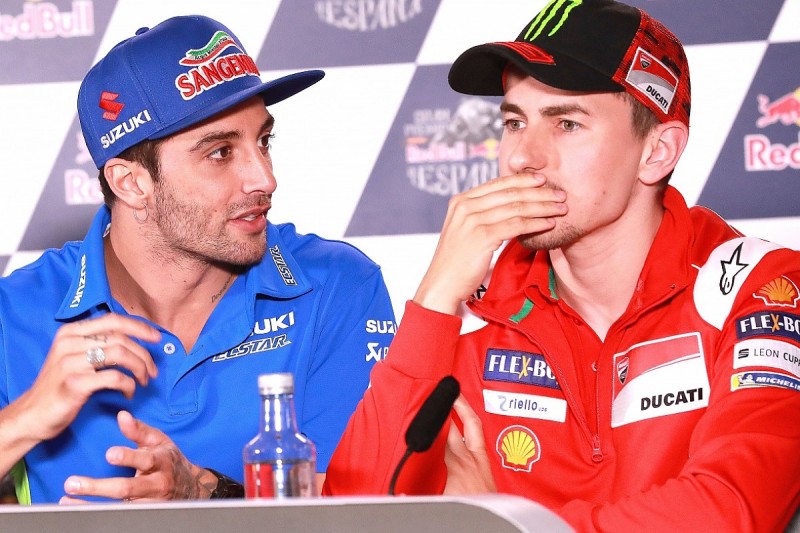 "It's wrong that they have to decide contracts so early," said Rossi.

"The situation of Iannone, Lorenzo and others attests that everything is decided maybe in the first three races. For me, there's too much haste.

"I even signed before the start of the season, but I think my decision is a bit different, given that I decided to stay with Yamaha to continue racing for another two years.

"For others who are fighting for important seats, it's certainly a problem to decide this early."

He added: "Lorenzo and Iannone, when they realised they were in danger of being out of a ride, started to get strong, and therefore started putting their teams in a bit of difficulty.

"It would be nice to say we start talking about the [following] year only in the second part of the season. But I realise it's a difficult thing to control."

The only two factory seats for 2019 still officially open are at Suzuki and Aprilia, but Moto2 star Joan Mir is closing on a deal with the former, while Iannone is the favourite to replace Scott Redding at the latter.

With the exception of Lorenzo's Ducati replacement Danilo Petrucci, who is signed for only one year, all of the factory deals agreed so far also cover the 2020 season as well as 2019.