Dovizioso tried out a new aerodynamic fairing [pictured above] in the closing stages of Friday's running, similar to the one used in the latter half of 2017 but with a single, sculpted element.

"About the fairing, we are working on that because it's very strange to work with the wings and the fairing," said Dovizioso.

"When you try a set-up, from your style you can prefer something one way or the other way.

"The fairing is something very difficult to take a decision [on], in one track it can be better and on another track another one can be better.

"It's very difficult, tomorrow we will work on the details about that.

"Today we spent one hour and a half, but we need to make more laps in every spec to have the best feedback because it's very difficult to work with this fairing."

Dovizioso used one 2017 bike and an '18 version at the previous test in Sepang, but clarified that he will use two '18 bikes in Thailand.

He is yet to try the latest one.

"We didn't try," the Italian said when asked if he had sampled the new bike. "I think tomorrow I will have time to work on that." 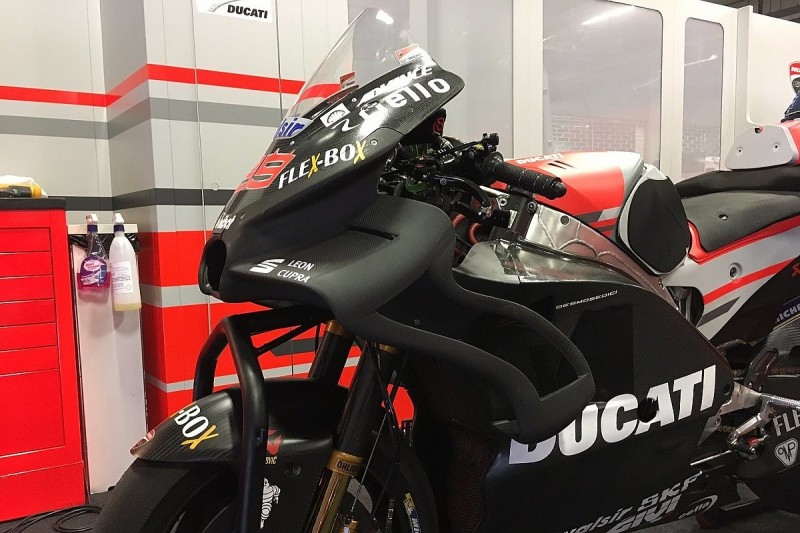 Dovizioso's Ducati team-mate Jorge Lorenzo also tested a new fairing on his bike [above], which featured an extra element near the handlebars as well as a longer side section.

"Very similar [to last year's]," said Lorenzo, who ended the session 10th, after his first test of the new fairing. "It's still too soon to take clear conclusions."

The Spaniard added he expected to try the updated chassis on the final day of testing on Sunday.