Valentino Rossi has urged Yamaha to cure 'worrying' issues with its MotoGP electronics, and admits he is "not optimistic" for 2018's opening grands prix if it cannot be resolved

The veteran Italian - who turned 39 on day one of the Buriram test on Friday - struggled for much of last season with a lack of feeling from the M1's chassis, and with poor acceleration.

That issue returned on the first day of the second pre-season test in Thailand.

Rossi admits Yamaha has been on the back foot ever since the championship switched to Magneti Marelli's control electronics software for the 2016 campaign, and says Honda and Ducati "understand" the system better.

"When we move to the Magneti Marelli, for me we have some problems," he said.

"So for us, it's difficult to understand. Honda and Ducati understand something we don't understand.

"So I hope that we can recover as soon as possible, because at this moment we suffer.

"The good thing of the electronics is it's not the engine, or the chassis, or the swingarm. You can fix it with a number, so you can fix it in a shorter time.

"But I'm quite worried, because if we don't fix it now I'm not optimistic to fix it for the first races. So I don't know what we have to do."

When pressed on whether focusing more on the electronics could have salvaged his 2017 campaign, Rossi replied: "On electronics, Ducati and Honda improved a lot during the season, and in the second part were stronger.

"Another thing is the chassis. Now, when I brake and enter into the corners I feel good. But we need more acceleration." 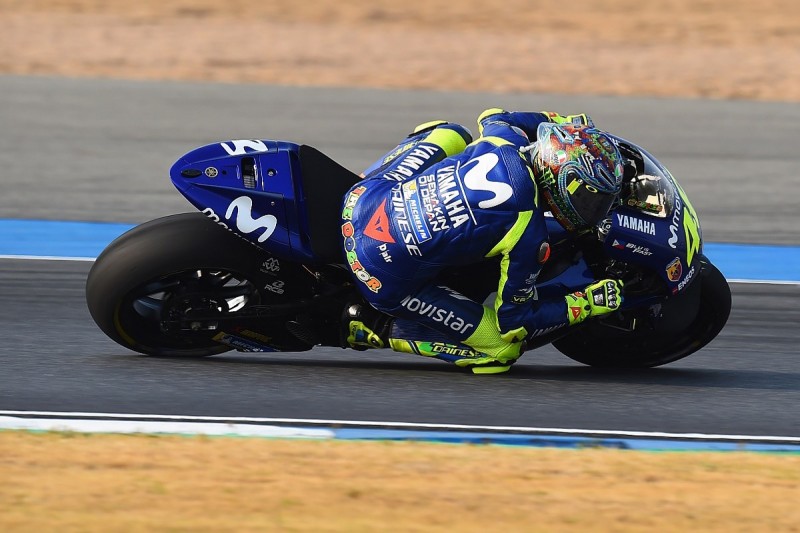 Rossi ended the opening day of testing at the Buriram track eighth fastest - 0.392 seconds off the laptime set by pacesetter Cal Crutchlow on the LCR Honda - and has a feeling "more similar" to what he had on the 2016 M1 despite his continuing troubles exiting corners.

"For me, the bike is better than last year, I feel better," he added.

"I have the feeling more similar to two years ago, and this is very important because I suffer a lot last year, maybe more than Maverick [Vinales], with the 2017 chassis.

"But for me, at this moment, all the Ducatis are better at acceleration because they are more in front than us with the electronics."