The wind had picked up considerably for the start of FP3, with a lot of dust being blown onto the Losail circuit which guaranteed there would be no combined time improvements.

Tech3 KTM rider Iker Lecuona set the early pace in the session with a 1m58.073s, before Quartararo moved ahead on his Yamaha with a 1m56.912s.

The Frenchman wasn’t happy with the feeling on his M1 on Friday in the lower grip conditions experienced by much of the field because of the humidity.

Mir blamed a strategy gaffe by his Suzuki team on Friday evening in FP2 for stopping him advancing directly into Q2, with the Spaniard forced to go through Q1 for the second week in a row later today. 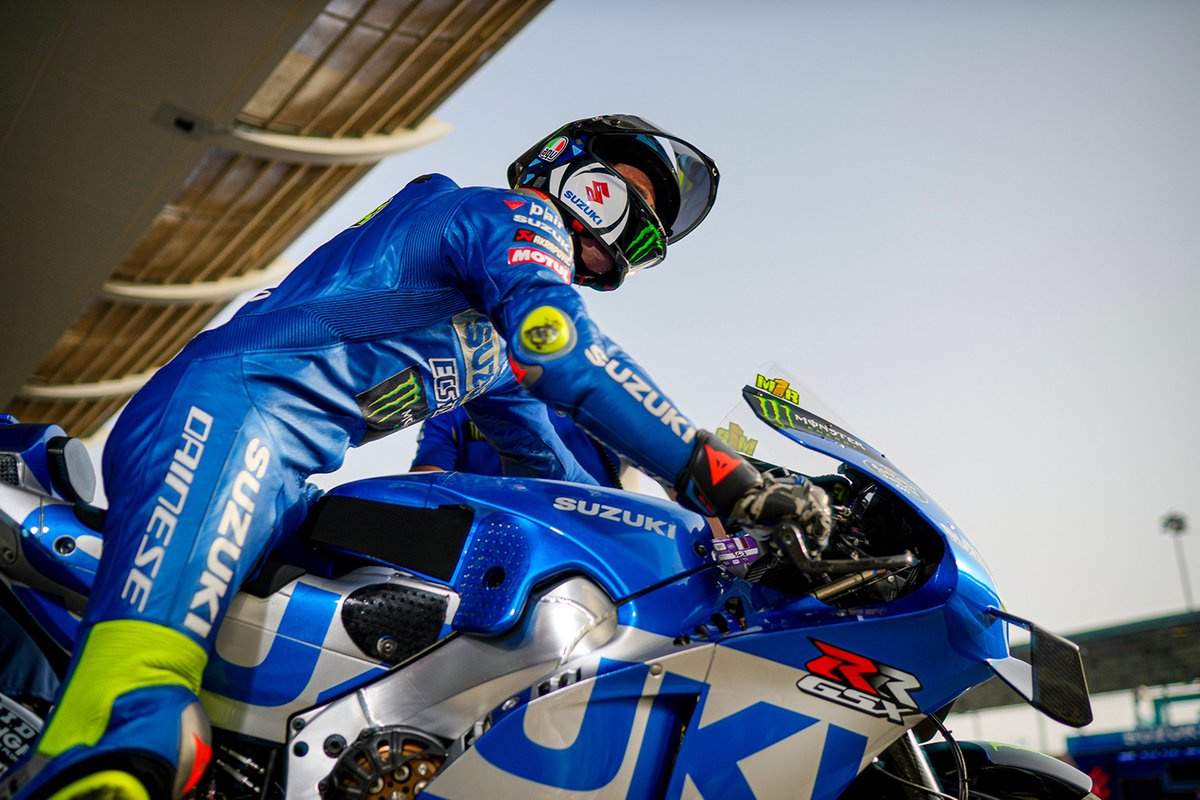 Mir's effort would remain the benchmark until the final three minutes, when team-mate Alex Rins moved to the top of the order with a 1m56.347s.

Rins looked set to end FP3 leading a Suzuki 1-2, but Quartararo produced a 1m56.064s at the death to end the session top – though Ducati’s Jack Miller remains fastest of all on combined times courtesy of his 1m53.145s from FP2.

The Suzuki duo rounded out the top three, Rins safely into Q2 with his FP2 effort, while Mir will join the likes of all four KTM riders, Honda’s Pol Espargaro and Valentino Rossi in Q1 later this evening.

Danilo Petrucci was fourth on his Tech3 KTM, but is only 12th on combined times and heads into Q1, while fifth-placed Maverick Vinales on the Yamaha will contest Q2.

Petronas SRT’s Franco Morbidelli, who was sixth in FP3, will join Vinales in Q2, with the remainder of the top 10 in the session – Avintia’s Enea Bastianini, LCR’s Alex Marquez, Rossi and Pol Espargaro – all facing Q1.

Francesco Bagnaia was the only factory Ducati rider to spin some laps in FP3, with the Italian 14th, while Miller, Pramac duo Johann Zarco and Jorge Martin and Avintia’s Luca Marini didn’t set times.

All but Marini of that quartet secured their Q2 places on Friday, with Aprilia’s Aleix Espargaro (17th) and Honda’s Stefan Bradl (16th) the last of the direct entrants into the pole shootout session.

Qualifying for the Doha GP gets underway at 8pm local time (BST +2).