Valentino Rossi admits he is “not fast enough” currently at the MotoGP Doha Grand Prix and admits he is worried he won’t be able to revive his form for qualifying.

The Petronas SRT rider is set to face the first qualifying shootout session Saturday having ended Friday practice for the second Qatar round 14th.

Rossi’s 1m54.112s lap was three tenths slower than his FP2 best from the first Qatar round, in which he managed to qualify fourth.

But the nine-time grand prix world champion struggled with a lack of rear grip on Friday at the Doha GP and isn’t confident of making much of a step forward on Saturday.

“We suffer, I’m not fast enough because I suffered a lot with the rear grip and also in the time attack,” Rossi said on Friday.

“I was not able to make the same lap time of last week.

“In the last weekend I was able to make a 1m53.8s and it’s a shame because it’s enough to stay inside the top 10 [this week], but unfortunately today I was a bit slower and at this moment I’m out of Q2 and this is a problem.

“We have to try tomorrow to find a bit more grip on the rear to try to be stronger.” 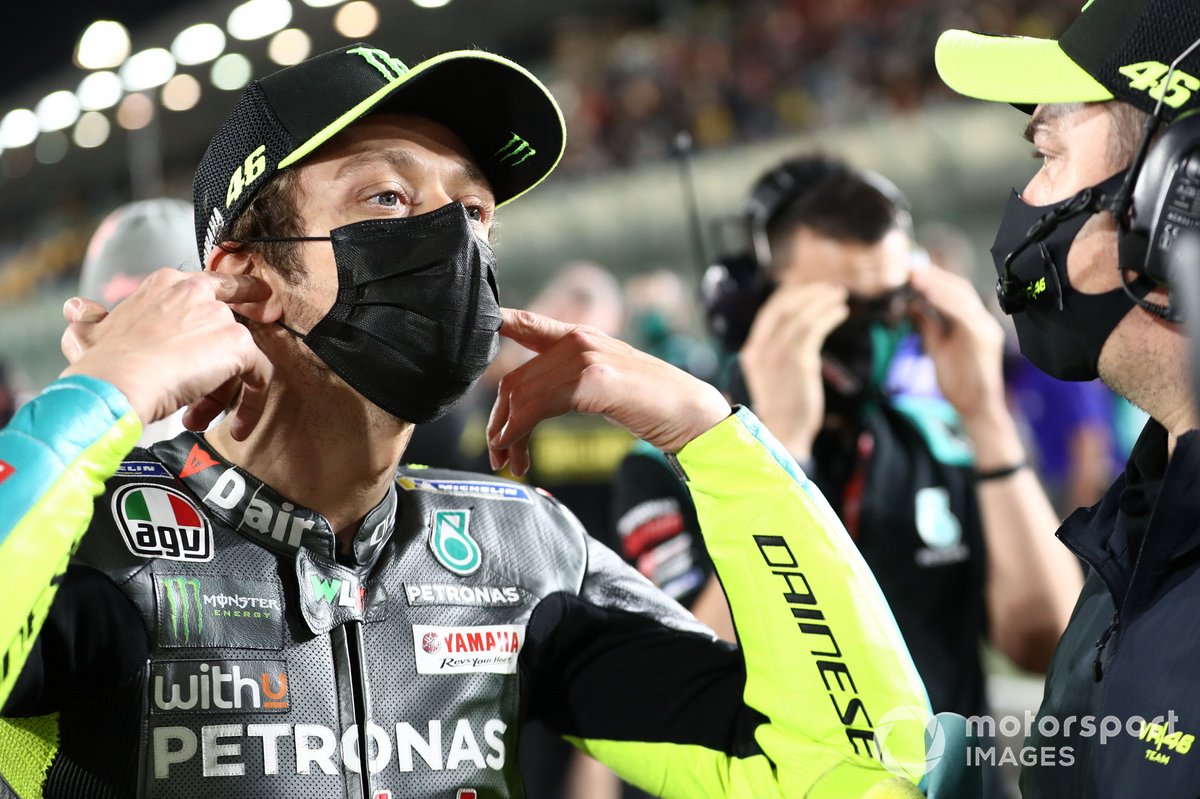 When asked if his Friday form made him worried, he replied: “Yes, because today the pace is not fantastic and we need to work on the bike and try to especially improve the pace.

“We will work also in FP3 to try to understand and after we have Q1 and I’m not very far from the top 10, so try to stay in the first two positions of Q1 to get into Q2.”

A number of riders complained about the grid conditions on Friday compared to last week being worse, with factory Yamaha rider Fabio Quartararo admitting he “felt bad on track” on his M1.

“If the conditions stay the same we will be at the limit for the lap time as today I felt bad on the track,” Quartararo said after ending Friday fourth fastest.

“I felt there was no grip on the track and the Ducatis were good, but the strong point of our bike is turning and having the grip, but today was really bad and the feeling was not great.

“So hopefully tomorrow we will have better conditions and we can be a bit faster because today I was not feeling so great.

“In general the condition was not good but we are struggling so much to stop the bike, I had a lot of chatter, totally different conditions [to last week] and hopefully tomorrow we will have better grip to reach great lap times.”

Ninth-placed Maverick Vinales also struggled on his time attack run on Friday, but he pinned this on doing those laps on pre-heated tyres from the previous round not offering him as much grip as he hoped.