Martin was one of Ducati’s earliest signings for the 2021 season last year, and after a solid start to his MotoGP career in the Qatar GP he pipped Johann Zarco by 0.157 seconds at the death in qualifying on Saturday for his maiden pole.

Pramac rookie Martin set the early pace in his first Q2 appearance, the Ducati rider’s benchmark a 1m53.892s on his opening lap.

This was quickly bested by Petronas SRT’s Franco Morbidelli with a 1m53.794s, though Martin reclaimed top spot on his following tour with a 1m53.587s.

Factory Yamaha rider Fabio Quartararo led the charge against the rookie, 0.017s adrift, as the first runs concluded – while Qatar GP winner Maverick Vinales was ninth and looked visibly frustrated with his effort.

But Vinales struck back in emphatic fashion on the first lap of his second run, the Yamaha rider taking over provisional pole with a 1m53.383s.

He went quicker next time around with a 1m53.267s, which looked set to secure him pole position.

But the timing screen was lit up by Martin at the start of his final lap, while Zarco surprised with a 1m53.263s to steal provisional pole from Vinales having only been on personal best sectors up until the final split. 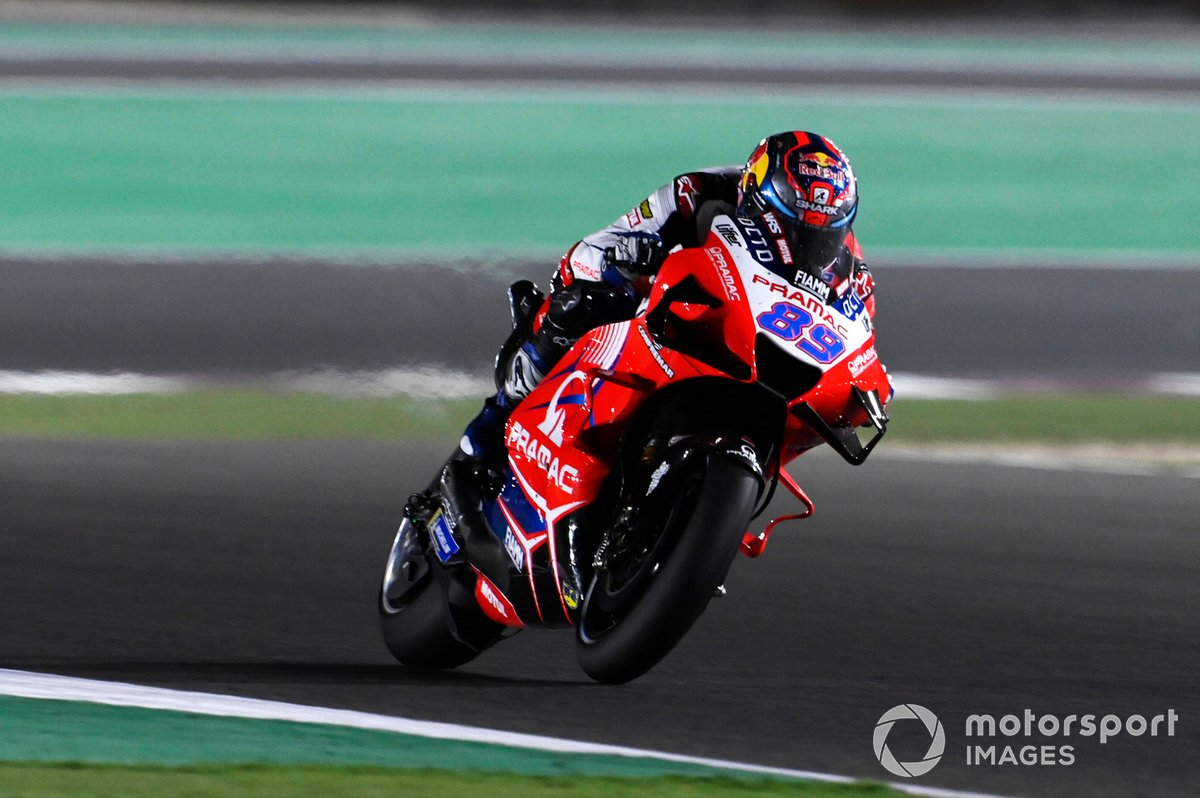 Martin, however, kept his lap alive and produced a 1m53.106s to claim a sensational pole in just his second MotoGP outing.

Vinales completed the front row, while Jack Miller could only manage fourth on the factory team Ducati ahead of Quartararo and Qatar GP poleman Francesco Bagnaia on the sister works Ducati.

Aleix Espargaro will line up seventh on the Aprilia, with Suzuki duo Alex Rins and world champion Joan Mir – having come through Q1 – completing row three.

The fourth row will be occupied by Morbidelli, Honda’s Stefan Bradl and Q1 graduate Miguel Oliveira on the factory KTM.

Avintia rookie Luca Marini was denied a place in Q2 by just 0.008s, having glued his Ducati to the rear of LCR’s Alex Marquez in the closing stages of Q1 to end up 13th.

Marquez couldn’t roll out of his laps with Marini behind him and will line up 14th ahead of factory Honda counterpart Pol Espargaro, who only had one proper run having aborted his first attempt immediately.

Takaaki Nakagami had a lap cancelled late on dropping him to 16th on the sister LCR Honda, with early Q1 pacesetter Brad Binder shuffled back to 18th on his KTM.

Only Aprilia rookie Lorenzo Savadori was slower than Rossi in qualifying.