Ducati has not won a race since 2010, and current riders Andrea Dovizioso and Nicky Hayden have yet to get on the podium this season.

Crutchlow, who will replace Hayden, has been a regular frontrunner and podium finisher with Tech 3 Yamaha, but had openly called for more factory support.

He said the only tough part about his team change was having to break the news to Tech 3 boss Herve Poncharal.

"I think the most difficult thing was making the phone call to Herve," said Crutchlow. "It was quite an emotional phone call for both of us.

"But in terms of a contract, I believe that the one I've got [with Ducati] was a lot better than the one I was being offered [by Yamaha].

"My decision was made quite clear in my mind."

Crutchlow insisted he was under no illusions about how hard it might be to achieve early success with Ducati.

"Obviously it might be a little bit different position-wise straightaway. But my motivation is to try to bring the bike to the front definitely," he said.

"I'm not worried. At the end of the day, it's a motorcycle that people have done very well on in the past and not just one rider.

"Hopefully things will change a little, but I will give 100 per cent. I believe my 100 per cent will be good enough. If I didn't think that, I wouldn't be racing a motorcycle." 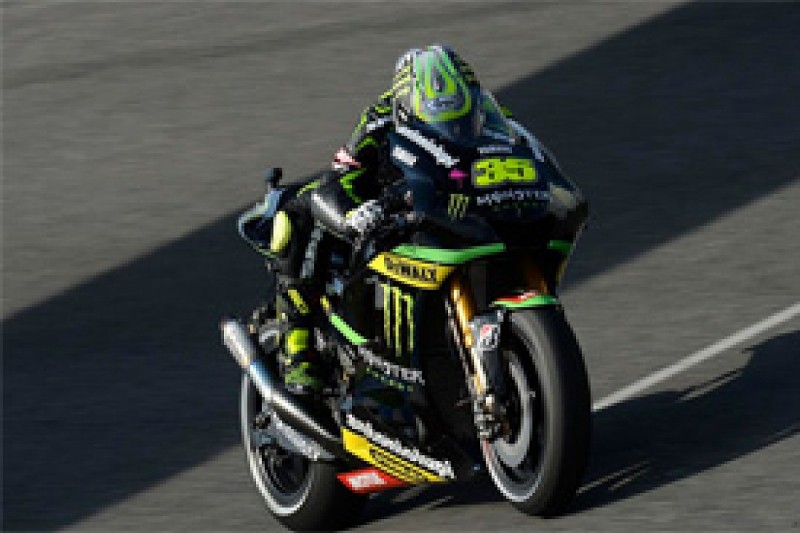 He added that with his future secured, his only priority for the rest of 2013 was to give Tech 3 a race victory.

"I took my first podium in MotoGP with them, and they stood by me after a first tough year," Crutchlow said.

"I think if there's anything we can do for the rest of the year, it will be to try to take a win.

"I've got nothing to lose. It doesn't matter where I am in the championship, particularly.

"We're doing a good job there, and I think if we can start the second half of the year strong there's no reason why we can't be there at the end of the year as well."

Spies says his season starts at Indianapolis after injury-hit year