RNF Yamaha stand-in Cal Crutchlow admits he thought "why have I come back?" after navigating his way through the first lap chaos at the MotoGP Aragon Grand Prix.

The three-time MotoGP race winner and Yamaha test rider has been drafted in at RNF to replace the retired Andrea Dovizioso through to the end of the season.

Having not raced since the 2021 Aragon GP when he was replacing Maverick Vinales at Yamaha, Crutchlow managed to score two points in 14th last Sunday and ended up just 20.090 seconds from race winner Enea Bastianini.

But Crutchlow admits after the first-lap drama that saw Fabio Quartararo and Takaaki Nakagami taken out in separate collisions with Marc Marquez that he's initially "lost all aspect of racing" before settling into a rhythm.

"Honestly, halfway round the first lap I'm thinking 'why have I come back to this?'," the Briton said.

"There's people flying everywhere, I'm slamming on the brakes to miss visors. Then I thought 'OK, what happens now?' because I've just seen a bike obliterated from Fabio, and I thought surely that will be a red flag.

"Then we come around and it's like 'OK, we'll carry on going'. Then Taka's sliding across the floor and I'm doing a stoppie, trying to stop.

"I was not really ready for that, but it was a positive race. I tried my best, that's all the team and Yamaha can ask for. We got some good information and some data again." 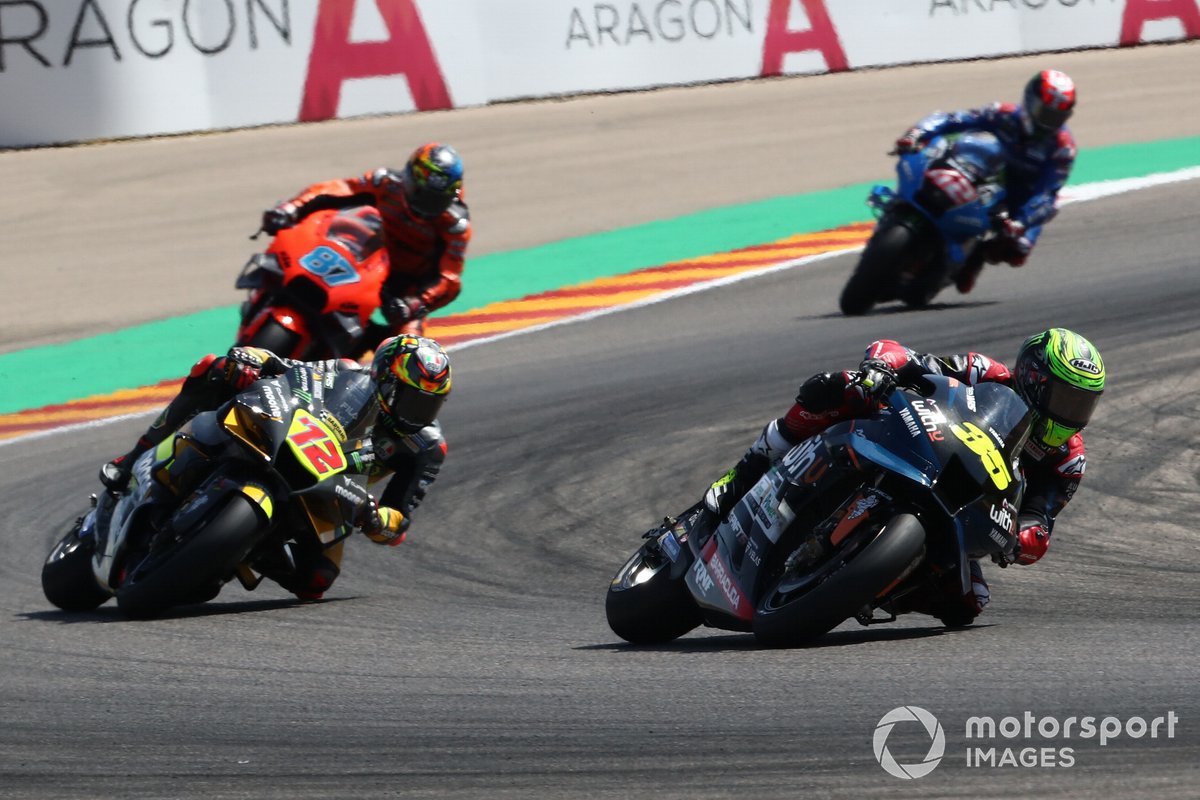 Crutchlow believes he could have finished better had he not been cut adrift of the lead group having been forced into avoiding the errant Nakagami on the first lap, and says he was caught up in a battle between VR46 duo Luca Marini and Marco Bezzecchi.

'I tried to battle a little bit, it wasn't really that possible. But I was happy with the way it went.
"It's funny how you get back into a racing mentality. I can easily cruise round at the back, do my job, say 'I've done my job, you've got some testing data'.

"Being competitive, it's just the way it goes. It was nice to get a couple of points.

"I think it could have been a bit better if I was able to fight a bit in the first laps but we were lost, we'd lost the [front] group.

"Then Bezzecchi and Marini were smashing each other off the track and holding us up.

"I believe I could have done a lot faster lap time, but they were honestly smashing each other off the track.

"The good thing was I didn't go over my limit. Rins came past and I could have tried to pass him, but I thought that was over my limit."