Three-time MotoGP race winner Cal Crutchlow admits he didn’t expect his role as Yamaha’s official test rider to be “as difficult as what it is”.

After retiring from racing full-time at the end of 2020, Britain’s Crutchlow joined Yamaha – with whom he made his MotoGP debut in 2011 with Tech3 – as its official test rider.

Crutchlow carries out private tests for Yamaha in both Europe and Japan, and is also its first reserve rider – with Crutchlow contesting the final six races of 2022 with RNF after Andrea Dovizioso retired from racing after the San Marino Grand Prix.

PLUS: Was the 2022 MotoGP title won by Bagnaia, or lost by Quartararo?

In an exclusive interview with Autosport, Crutchlow revealed that “I have 27 staff come to a test, it’s a full effort” and Yamaha generally has “four garages full of stuff”.

But this makes his job harder, as if none of the updates work then there is “nothing I can do”.

Speaking about his role, he said: “It's an important role. It's quite a difficult role.

“I didn't think it'd be as difficult as what it is from a standpoint of I can still ride the bike, I'm still fast, I'm still able to do my job very well.

“And I've always had a very good ability to be able to feel something very fast.

“You know what I used to take a lot of the other orders a full day, I could have told them the same thing really in a very short space of time and that's why I believe why Yamaha selected me as a test rider. 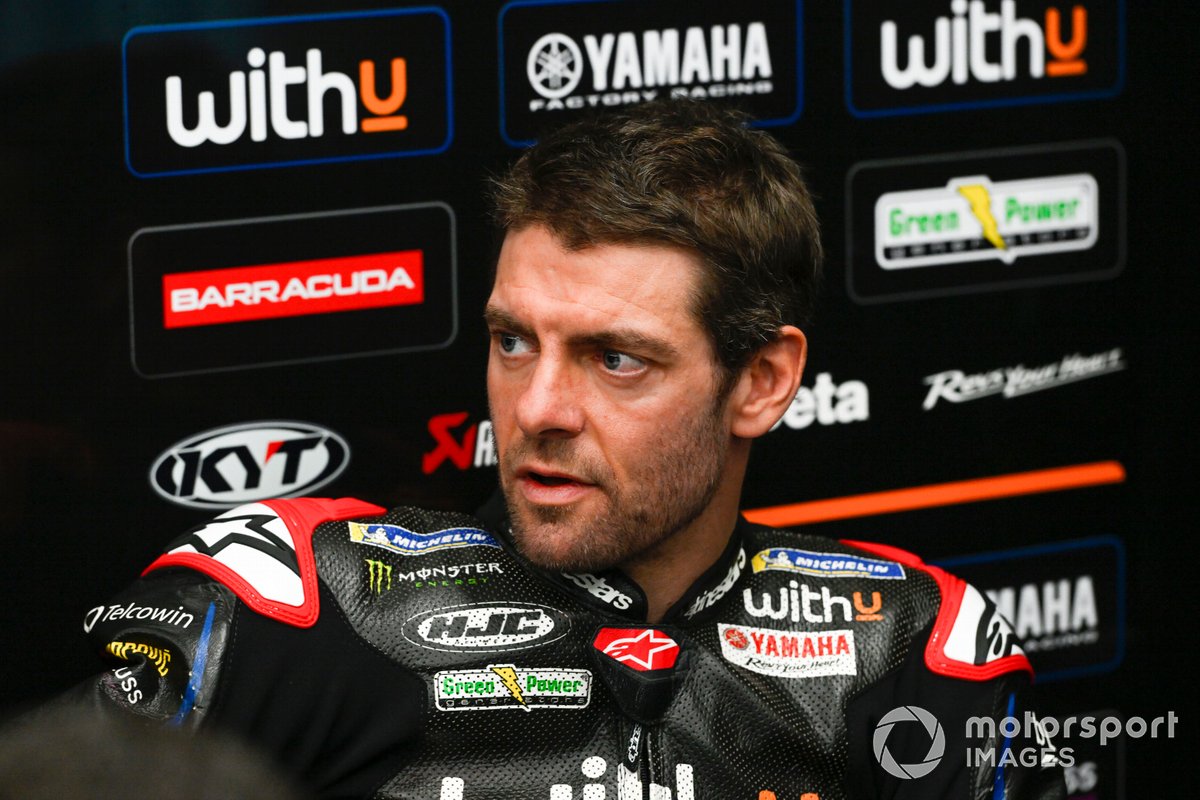 “The problem with that was I was never fast enough to be right in front of it all the time in MotoGP, but that's the way it works.

“These guys that are at the front, a lot of the time they don't care, they just want to go as fast as possible.

“So, it makes it difficult because I want to make it better for the guys I'm working with, and you have this sense of satisfaction when they do well, like last year, Fabio [Quartararo] winning the title, but he won the title on a bike that was not the best out there.

“But it also makes the job difficult because if the bike is not getting any better, then there's nothing I can do because it's the engineers that have to bring the parts and you have to evaluate it.

“But they [the riders] get through the same selection as what I do. It's just they have to do it in a session.”

Crutchlow told Autosport in November that he’s never seen Yamaha work as hard as it has done in developing its 2023 bike, following a difficult campaign in which Quartararo was unable to defend his title.

However, while Yamaha’s new engine was praised by Quartararo during September’s Misano test, he was left baffled by it not working well during November’s post-race test in Valencia.

Crutchlow will continue as Yamaha’s test rider for 2023, before taking on a new role in 2024 – though he is yet to reveal what that will be.