Aprilia MotoGP rider Aleix Espargaro says he cycled a lot less in 2022 than he normally would between races as he “didn’t need to escape from my work” like before.

Espargaro endured a difficult time with Aprilia since joining the marque in 2017, with a lack of progress on the Italian bike forcing him to consider quitting MotoGP back in 2019.

But major steps forward in the development of the RS-GP meant in 2022 Espargaro became a dark horse championship contender, having won his first ever grand prix in Argentina and tallying up five other podiums.

PLUS: How MotoGP riders are preparing for the physical stress of sprint races

Espargaro kept himself in championship contention until a difficult penultimate round of the season in Malaysia.

The 33-year-old is a keen cyclist, and has often posted about his intense two-wheeled training on his social media accounts – with Espargaro expressing an interest in taking part in competitive cycling once his racing career is over.

He used this as a means of shutting off what was going on in MotoGP, though he said in Valencia last month at the season-finale that it was something he didn’t feel the need to do as much throughout 2022 given how strong a season it was.

Asked if he would feel more pressure going into 2023 as an expected title challenger after what happened last season, Espargaro said: “I think it’s going to be easier [to be seen as a title challenger in 2023].

“When you have higher motivation and higher expectations - you know you can do this because I proved it this year – everything is easier. 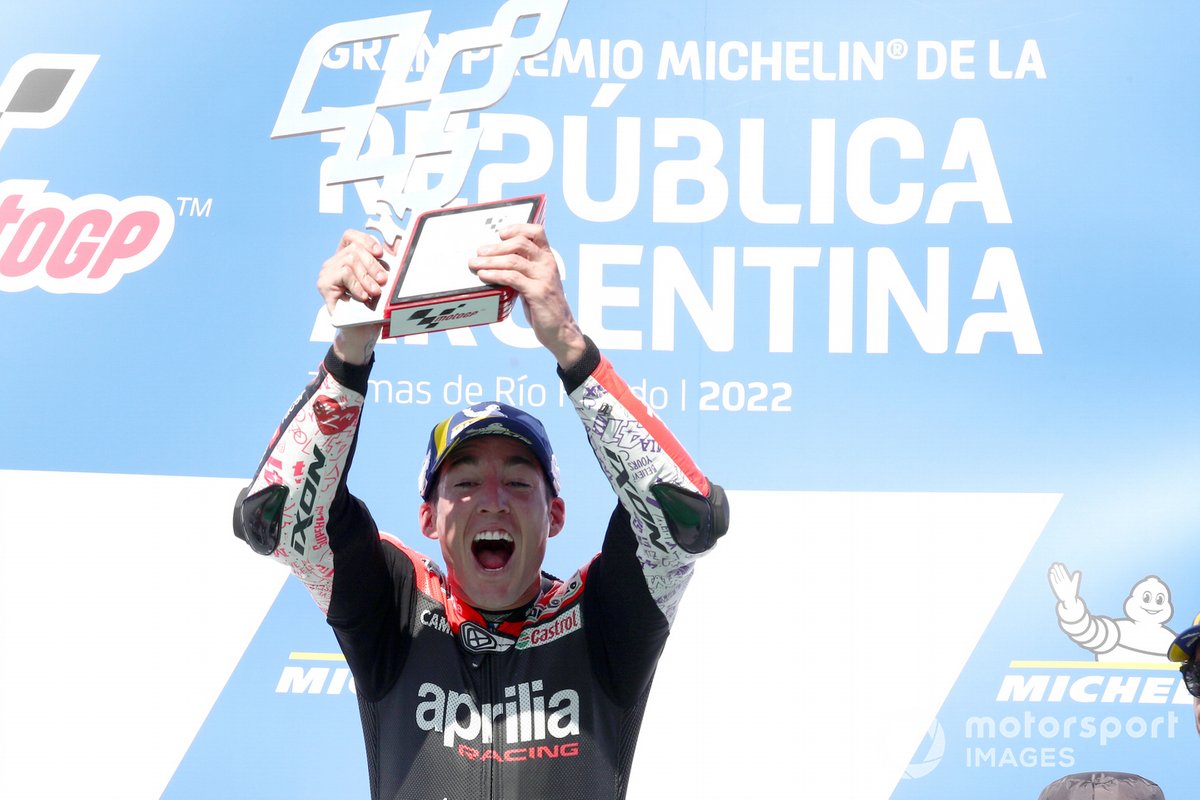 “You arrive to the races happier, everything is in a different mood.

“I’m even cycling a lot less this year and I think the reason why is because I don’t need to escape from my work because I’m really happy here in MotoGP.

“So, I’m really relaxed and I think next year – I really believe – can be the same or better than this year because we learned many things.”

Looking back over his season, Espargaro admits he was perhaps too critical of his team in the final races of 2022 due to a lack of competitiveness, but feels the year as a whole could be ranked as 10 out of 10.

“I mean, I’m really competitive and the faster you go and the more results you achieve, the more you want,” he added.

“It’s not that you are happy and relaxed. It’s the opposite: the more you want, the more you push and it’s not enough.

“Maybe I was too critical of the team in the last races, but this is what I felt at that moment.

“Maybe it was a mistake to tell it to everybody and was better to discuss internally, but I am what I am.

“But our season has been incredible. Last year we celebrated the podium in Silverstone like a victory, like history.

“And this year we won a race, we did five or six podiums, pole positions, we fought for the title till the end. Our season has been 10 [out of 10].”