Fabio Quartararo was left “disappointed” with Tuesday’s MotoGP test in Valencia after a new specification of Yamaha engine failed to produce the initial gains promised.

The 2021 world champion said “something went wrong” after the faster engine which he had previously tested in Misano produced the same speed as his 2022 engine.

He said the team’s test rider Cal Crutchlow had tested the motor at both Motegi and Jerez, where it produced more horsepower, but it failed to do so at Circuit Ricardo Tormo.

Quartararo had previously praised the 2023 engine, and said it was a “big improvement” after the Misano test in September.

But this comes off the back of Yamaha being forced to ditch the engine it had planned to use in 2022 in the winter owing to reliability issues, leaving him with a unit closer in performance to the 2021 spec for this season.

Speaking after Tuesday’s test in Valencia, Quartararo said: “I’m surprised, because actually this engine was supposed to be a little bit faster than the one we tested in Misano and Barcelona and I found that it was the same as two days ago, especially on the qualifying lap.

“We compared the speed and it was the same, so we have to analyse what happened because also we have two tests, Misano, Barcelona then Cal make Motegi and Jerez and they see the difference on the engine.

“But right now, was no difference, so we have to analyse really well what happened.”

He added: “The thing is, normally this engine has more horsepower and in Jerez Cal tried it and it was clearly better.

“But right now, we check like I said before, top speed with last year is the same.

“So there will be a problem for sure, not in the engine but something happened that we didn’t have this extra power that we were expecting.” 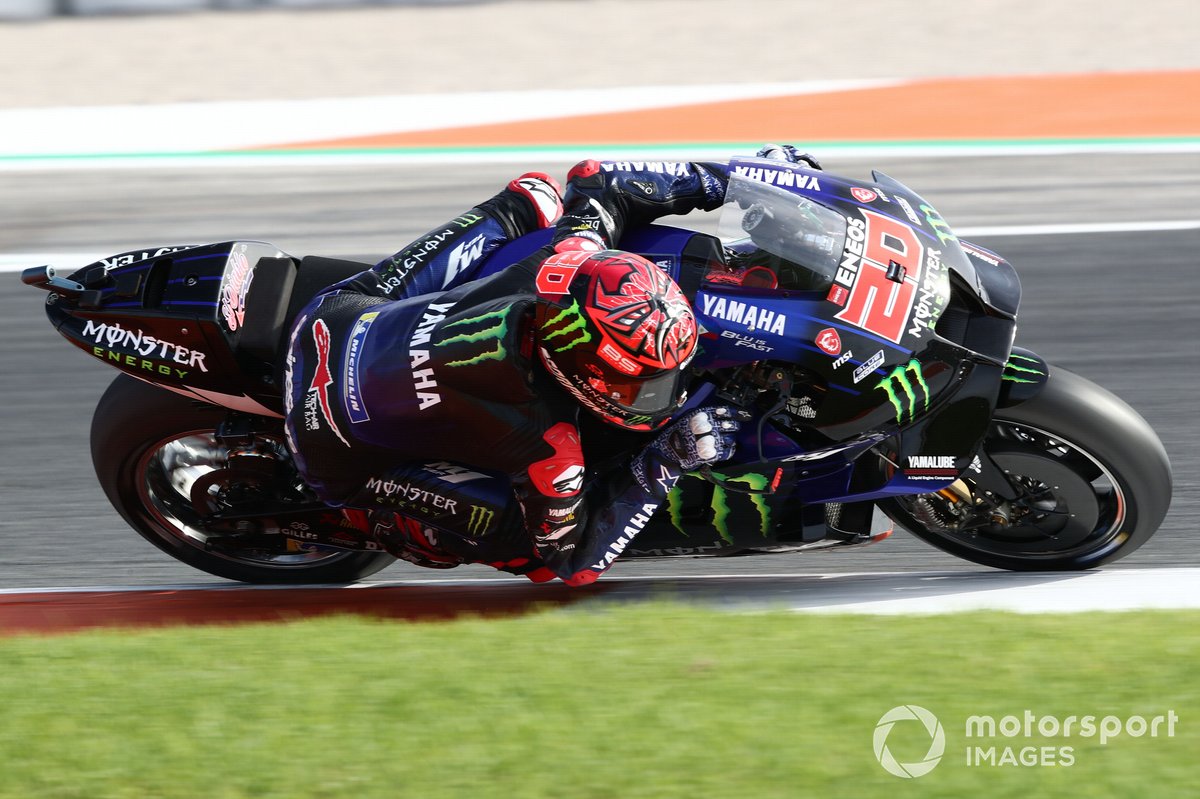 Asked by Autosport whether he was disappointed, he added: “Of course, it’s not the way I wanted to end the year. But at the end, something went wrong.

“It’s not possible that in Misano and Barcelona, we feel an improvement and then right now today, there is nothing.

‘I mean, something went wrong, but I guess for Franco was the same because I see he is also quite on the bottom in the speed.

“I had only one slipstream so that’s why I went 327 I think. When you check the top guys in front, it’s quite high, so we have to analyse.”

Yamaha also tested a new aero package, of which Quartararo said he could “feel the difference,” and tested a rear wing which he said “can be something interesting.”

The Frenchman said: “You feel the difference, but you can’t really say if it’s better or not, because in aero package basically with the bigger wing you have less wheelie, but you don’t know if you lose more in top speed or in acceleration, on braking.

“So this is more work where you need to check in the data, because in my feeling is you can see that okay, we have less wheelie, we have more wheelie, but then in lap time or the data you can see better.”