Champion Marquez: No doubt I will have bad moments again in MotoGP

Marc Marquez says it is inevitable that his incredible form in MotoGP will come to an end, citing his tough 2015 season as reason not to get complacent

It means 2015 remains the only season in which Marquez has failed to become champion since he graduated to MotoGP in '13.

Despite his current run of success, the Spaniard warned ahead of this weekend's Phillip Island race that it is only a matter of time before he encounters more "bad moments".

He said that the 2015 campaign, which followed on from an utterly dominant 2014 season, remains in the back of his mind and helps keep him focused.

"Whoever places a limit [on themselves] isn't approaching life correctly," said Marquez. "It's better not to think about limits.

"I don't think about the future or the past; I focus on the present. Next year I will have pressure to win and the desire to win.

"Not letting your guard down is easy - you only have to think about 2015, when we'd just won 13 races the previous year and we started the year understanding nothing.

"I get the impression that people think winning is easy, but it never is. Bad moments will come, that's for sure, anyone who has been a sportsperson knows it.

"What's not clear is whether these will come next year, in three years or five years." 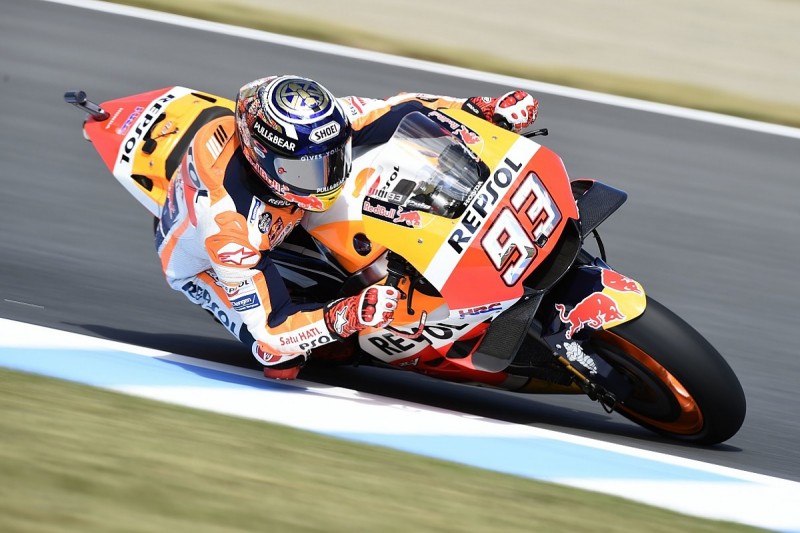 Marquez said before winning the title in Japan that he wants to help Honda secure the triple crown of riders', teams' and manufacturers' titles this year.

But in Australia he added Honda will also be using the final three rounds of the season to trial new ideas that could aid its 2019 title bid.

"These [final] races can be used to try concepts for next year's bikes, and that's the plan," Marquez said.

"We want to understand why we always stress the front and why almost always we have to use the hardest available tyre at the front."