Stoner retired from MotoGP at the end of the 2012 season aged just 27, and stayed on Honda's books for two years before rejoining Ducati last year as a test rider and ambassador.

The Australian tested with Ducati on four occasions in 2016, but is understood to have turned down opportunities to race as a wildcard.

His 2017 programme will start with a private test at Sepang on January 25 and 26, alongside Michele Pirro and with Ducati's new Desmosedici, before the official pre-season running starts on January 30.

Ciabatti described Stoner - the only rider to win a title on a Ducati - as a "a top-quality, top notch tester", whose involvement is paying off.

"We are very lucky, we have an exceptional talent, a unique talent in Casey," he said.

"This is a great benefit. It's a further competitive advantage that we have.

"I don't think competitors can do or boast the same. We do have this privilege, we are lucky enough and we will try to capitalise on Casey's skill.

"He will be giving us plenty of insights to help us improve the bike to be as competitive as possible in every single racetrack around the world." 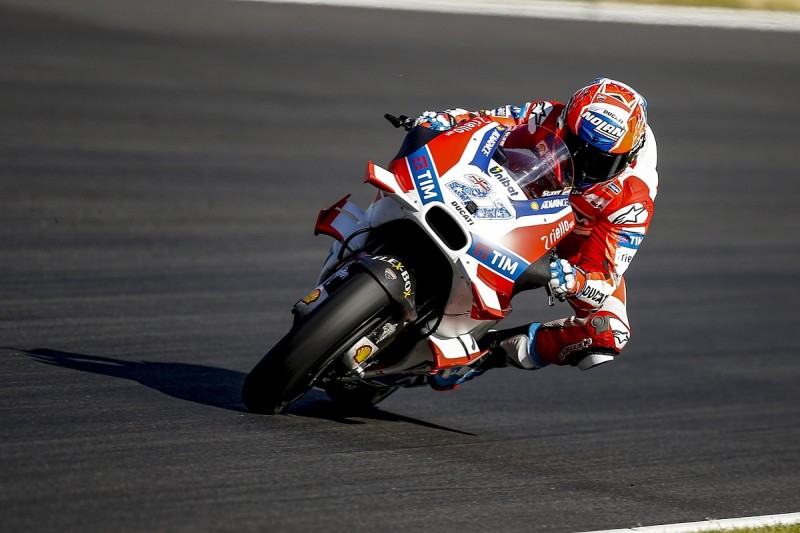 Ducati started testing a base version of its 2017 bike last October with Pirro, before handing it over to new recruit Jorge Lorenzo and Andrea Dovizioso in the post-season Valencia running one month later.

Pramac Ducati satellite rider Danilo Petrucci will also race the latest Desmosedici this year, with an upgrade to be introduced next week in Malaysia.

"This year we are in advance," Pirro said of Ducati's schedule.

"We started testing the new bike at the end of 2016, we tried the basic model, this year at Sepang we will test the new bike.

"This base is quite good, have tested it last year and we keep improving - optimisation is one of the key words we like to use.

"It's a fast bike, we've been able to show this already. We'll wait for the first tests and then the first race to really understand what has happened."