The Spaniard has moved from Yamaha - where he won three titles in his first nine MotoGP seasons - to Ducati in 2017, prompting a major shake-up of the grid.

Less than 48 hours after winning his final race with Yamaha, Lorenzo started two days of testing with Ducati at Valencia, focusing on its 2016 bike before sampling its '17 challenger.

Ducati's package has improved considerably in recent seasons to the point the team won two races last year, but even coming from what is considered the best bike in the field Lorenzo says he took away "very positive impressions" from November's running.

"You have to take info account the fact I've been working with the same bike and the same team," he said at Ducati's 2017 launch.

"For me it was a bit of a shock. But the truth is it was a big, major, positive change.

"The stability of this bike is incredible. The rideability is absolutely unparalleled. 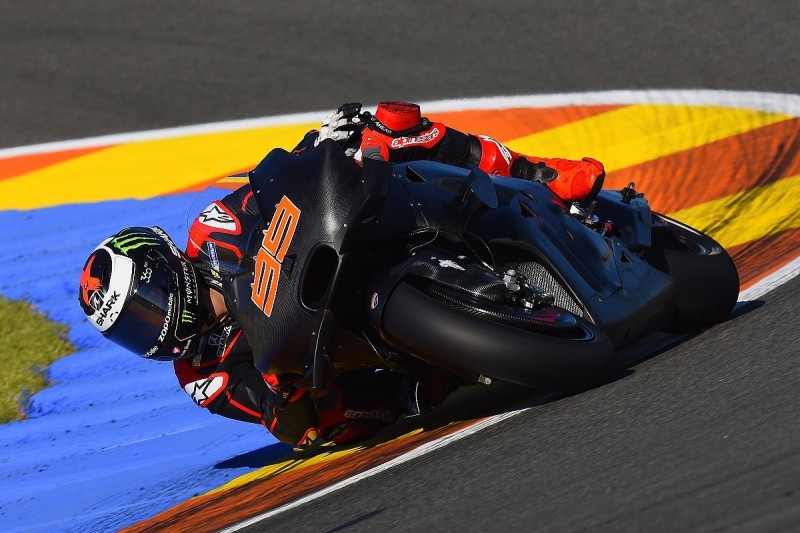 "It's so powerful, it looks like a nervous bike, but it's not.

"It's easy to keep control both on the straights and also in the corners.

"It's an incredible surprise."

Lorenzo has been signed by Ducati as it chases what would be just its second MotoGP title, Casey Stoner having claimed its only championship back in 2007.

"When you've been lucky enough to be world champion, the only thing you want is to repeat the same thing," he said, when asked about his 2017 goals.

"But, of course, it's difficult each year, because we have new riders.

"If we are strong in general, we will be able to get to the podium."

Ducati will start its 2017 programme next week at Sepang with test riders Stoner and Michele Pirro, before Lorenzo and new team-mate Andrea Dovizioso get to work on January 30 in the first of three official pre-season tests.