Cal Crutchlow has slammed Aprilia MotoGP rider Stefan Bradl as a "fucking idiot", after encountering the German in the thick of slow traffic during Valencia Grand Prix qualifying

LCR Honda man Crutchlow missed out on a guaranteed spot in Q2, and his first run in Q1 was blighted by traffic, including Aprilia pair Bradl and Alvaro Bautista running together and Marc VDS Honda's Jack Miller.

Crutchlow said Bradl - in his final MotoGP start before moving to the World Superbike Championship - risked causing a serious incident, referencing a low-speed clash between a distracted Andrea Iannone and Yonny Hernandez on Saturday morning.

"When somebody's doing 200km/h and you look behind you and you're doing 60 sat on the racing line, it's the same old thing.

"You saw what happened with Iannone and Hernandez earlier and they were doing 25, 30km/h.

"If he wants his back wrecked, slammed into Turn 2, if he carries on doing that it'll happen all the time. And he said it wasn't him apparently.

"But he's just waiting on line every lap trying to rip arseholes out. It's just typical him.

"Typical all them that can't do the pace, they just sit waiting around trying to get a lap time from somebody else.

"Do it on your own and you might be in the front in MotoGP." 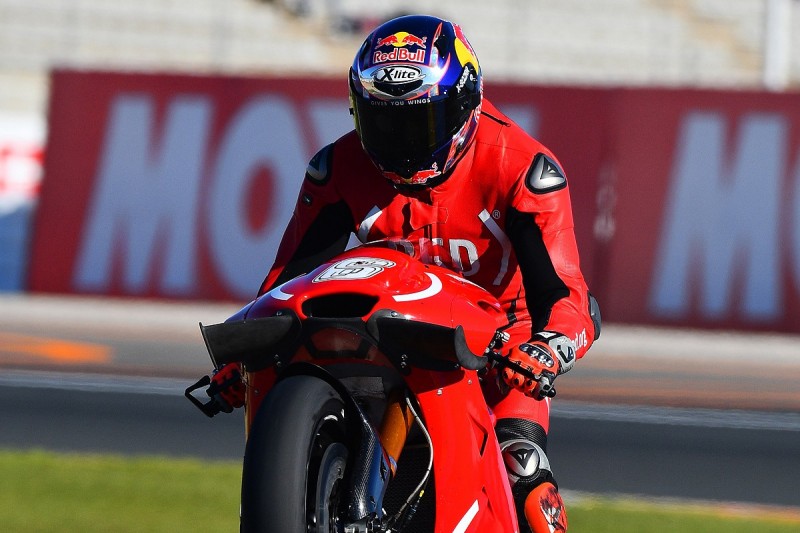 Crutchlow found clearer track later in the 15 minutes to top the session and progress to Q2.

However he crashed at Turn 10, and despite getting back out on his second bike for the final two-and-a-half minutes was unable to qualify higher than 11th.

The Briton lapped half-a-second slower than the 1m30.544s he recorded in Q1, which would have put him eighth on the grid.

"I think our pace is good, we had the potential to be on the second row," he said.

"I don't think I could be on the front row, but I think the second row is definitely where I would have been, but I crashed on the out-lap on a cold front tyre and that was it.

"I got back to the pit but the tyres were used. You're never going to go any faster.

"We had some potential even in that [Q1 time] because I never pushed 100%, I just made sure I made it through and that was it.

"I'm disappointed but I have a better race pace."