LCR Honda rider Cal Crutchlow says both he and MotoGP champion Marc Marquez are asking for "exactly the same" from Honda in 2018, with both riders targeting a more neutral bike

Two-time MotoGP race winner Crutchlow has ridden with LCR Honda since 2015 in the premier class, having previously raced for Ducati during a single season as well as Yamaha in his top-line career.

He became a factory-backed Honda rider this season but failed to add to his win tally, ending up ninth in the riders' standings with a single podium finish in Argentina to his credit.

While praising the many "positive points" of the Honda RC213V, Crutchlow warned improving the bike would be difficult without sacrificing its current strong points.

Asked what he wanted from the 2018 Honda, Crutchlow replied: "To me, a more natural bike to ride or more neutral bike. But it is not that easy. 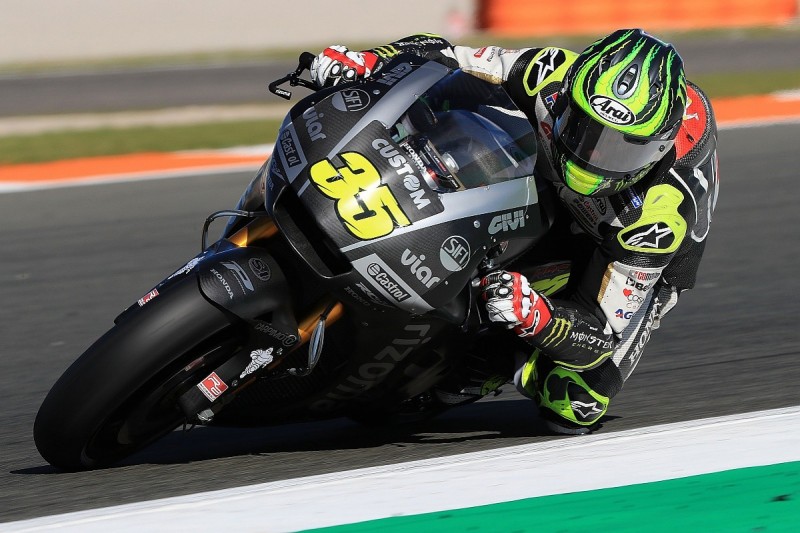 Pressed to specify those positives, he added: "Corner entry. We have lost that this year, a little bit. Or our competitors have got better.

"Of course we always want to keep our positive points but I think we are going to have to give something up to make the bike a bit better in other areas.

"Overall I don't think you are going to see a massive change. Hopefully, overall the package is going to be a little bit easier for us to ride."

Crutchlow said his life was made easier by the fact his preferences are aligned with those of works Honda riders Marquez and Dani Pedrosa because he believes the work riders get the priority.

"[Marquez has asked for] exactly the same," Crutchlow said. "Nearly everything we have said.

"It is strange because normally I will be a little different to them [Marquez and Pedrosa] because they haven't ridden anything else [but the Honda], but at the moment our priorities really seem the same.

"I am sure he is going to get the priorities, so it's a good thing we are talking in the same direction."