Honda’s Stefan Bradl is confident the marque can find a fix for the “extreme” heat issues with the 2022 MotoGP bike that left him with burns after the German GP.

HRC’s official test rider Bradl is standing in for Marc Marquez for the foreseeable future while the six-time world champion recovers from a fourth major operation on his right arm.

In Marquez’s absence, Honda suffered its first pointless grand prix since the 1982 French GP last time out at the Sachsenring.

Only Bradl made it to the chequered flag out of Honda’s stable, but was 52s off the win having been forced to back right off due to massive heat problems with the RC213V that left his right foot burned.

The German says this is not a new problem for Honda, but the Sachsenring incident was the worst it has ever been, which he believes was down to a combination of flaws with the bike itself and the sweltering 35-degree heat the race was run in.

However, he is confident Honda will take onboard his feedback and find a solution.

Speaking ahead of this weekend’s Dutch GP at Assen, Bradl said: “Also in previous seasons [Honda has had this heat issue], but it looks like with all the things coming together in the last race it was the most massive and extreme problem that I’ve experienced.

“We have to do something, especially for the right foot.

“It’s probably also a combination, like airflow, exhaust, I have no idea.

“I don’t know what they can do but I’m sure the engineers will find a solution.” 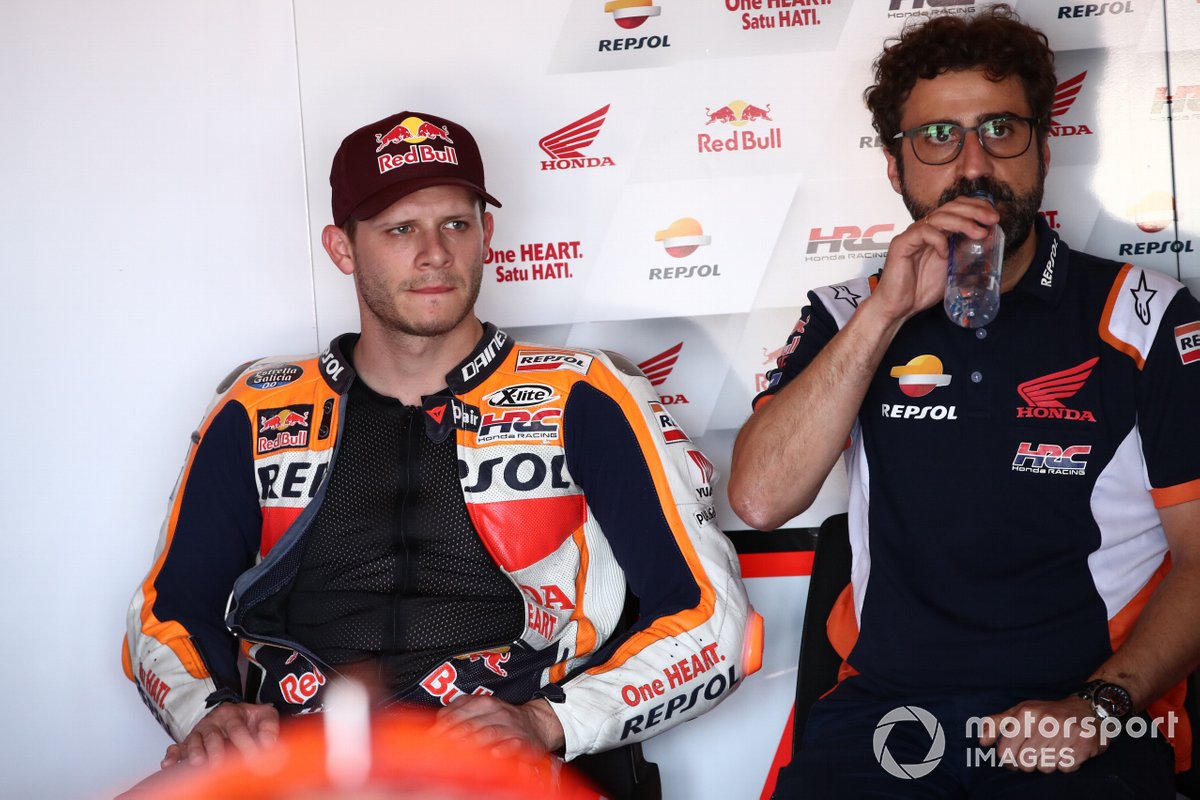 LCR Honda rider Alex Marquez suggested Bradl’s problem with his foot getting burned could have been down to the rider equipment he is using.

But Bradl says his team specially prepared his gear during practice to try to combat the heat, while also adding that he was completely surprised by the issues he had with his front brake lever getting hot early in the race – admitting he was “dying” in the first three laps.

“We have done everything,” he said when asked if any changes have been made to his riding equipment.

“What we could do about preparations for my riding gear, we have done everything we could.

“Already in practice we put some covers on the bike, on the bottom of my foot, inside, everywhere we tried to cover with a special tape and we have done what we could.

“Something needs to be done, this needs to be changed. I said in Sachsenring, from a rider’s point of view I suffered so bad that you cannot concentrate riding on the bike anymore.

“Also, I didn’t expect these problems on the brake lever becoming incredibly hot.

“You lose feeling, you basically lose control of the bike.

“So, either you crash, or you let the others go and get some fresh air.

“It was incredible, the first three laps I was dying. In the braking for Turn 1, the lever was not able to cool down.

“This was the first problem, and later on the right foot was burned.”