High winds around the Losail International Circuit had blown a lot of sand from the surrounding Qatar desert onto the track, with no one bothering to post a lap time in the opening hour of running.

Petrucci ventured out in the second hour on his KTM, but only did two laps, the fastest of which – a 2m01.308s - around eight seconds off the outright test best set by Ducati’s Jack Miller on Wednesday.

The lack of action continued throughout the day, with KTM’s Brad Binder venturing out for a lap with just under four hours to go before immediately pitting.

With just over three hours of the session remaining, Honda’s Pol Espargaro moved ahead of Petrucci with a 2m01.303s but soon returned to the pitlane.

The session was red-flagged about half an hour later as the marshals were sent on track to try and clear the sand away. 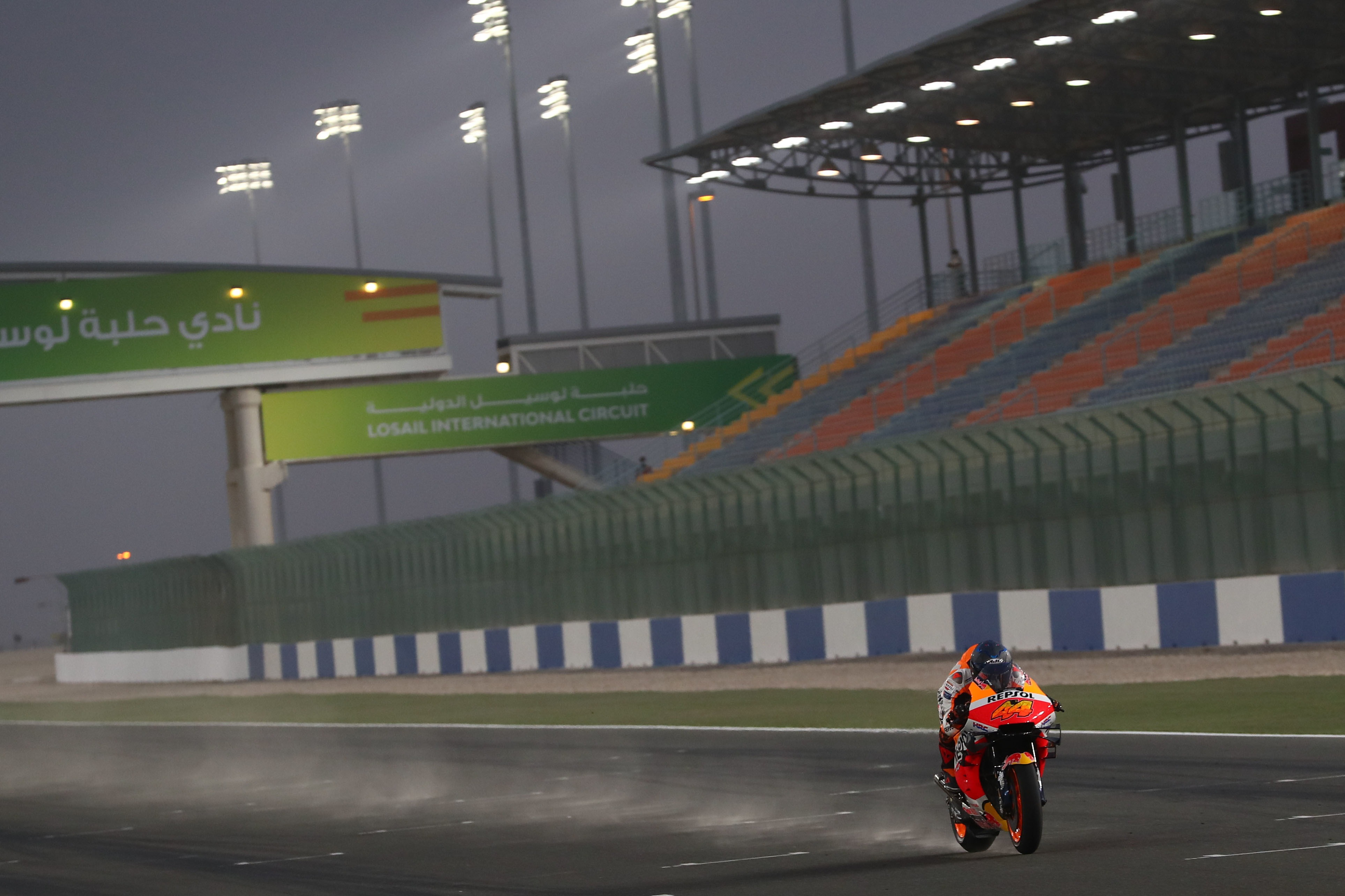 Their efforts, however, weren’t enough to prompt a mass exodus from the pits, with Petrucci and Honda’s Stefan Bradl venturing out again when the session resumed.

Petrucci managed to improve to a still unspectacular 1m58.157s, with Bradl slotting in behind him 1.275 seconds adrift.

The pair were eventually joined by LCR’s Takaaki Nakagami, Binder and Espargaro, with the order on the timesheets reflecting that.

Factory Yamaha duo Maverick Vinales and Fabio Quartararo did come out later in the session, but only to try a couple of practice starts – an area the former has been focusing on during the second test.

The session closed with Petrucci heading Bradl, while Nakagami slotted into third with a 1m59.814s ahead of Binder and Espargaro.

Much of the MotoGP paddock will remain in Qatar for the next three weeks (though some riders will return home before the opening round) and will observe strict COVID-19 bubble protocols.

The Qatar Grand Prix kicks off the season on 28 March, while the inaugural Doha GP – a last-minute edition to replace the postponed US and Argentine races – will run at the same venue a week later.

Next weekend the Moto2 and Moto3 paddock will have three days of testing at Losail ahead of the opening round of 2021.