Bagnaia wants Argentina MotoGP struggles “to be a lesson to me"

Ducati’s Francesco Bagnaia says he wants his MotoGP Argentina Grand Prix “to be a lesson to me” after he let his frustrations compromise his weekend.

The four-time MotoGP race winner was lucky to escape punishment for braking hard on the main straight out of frustration at the end of Saturday’s FP2 when got caught up in traffic.

He ultimately failed to make it into Q2 and was unable to get out of Q1 in qualifying, with Bagnaia ending up 14th – although he was promoted a spot due to a grid penalty for team-mate Jack Miller.

After discovering a set-up that offered him more front-end confidence, Bagnaia managed to rise up the order to fifth in Sunday’s race.

“I would like to let this weekend be a lesson to me,” Bagnaia admitted after the race.

“Thanks to what I did [in qualifying], today I was more calm and I would like to understand what happened yesterday and not let it happen again.

“I’m sure with the race of today I will be more competitive in America, already last year I was competitive there and I think this year we can be a bit better.

“One thing that will be important will be to not have pressure, be smart, be calm and restart with what we did today.

“P5 for sure is not the main objective, but it’s helpful for the future to restart and think again about being on top.”

He added: “We did a really good job this morning in the warm-up.

“I found my feeling back with the front finally. I was feeling that already in Mandalika, but was less than now.

“Now I was able to do what I wanted with the front of the bike, everything was better, I was pushing hard on the brakes and the bike was helping me do those things. 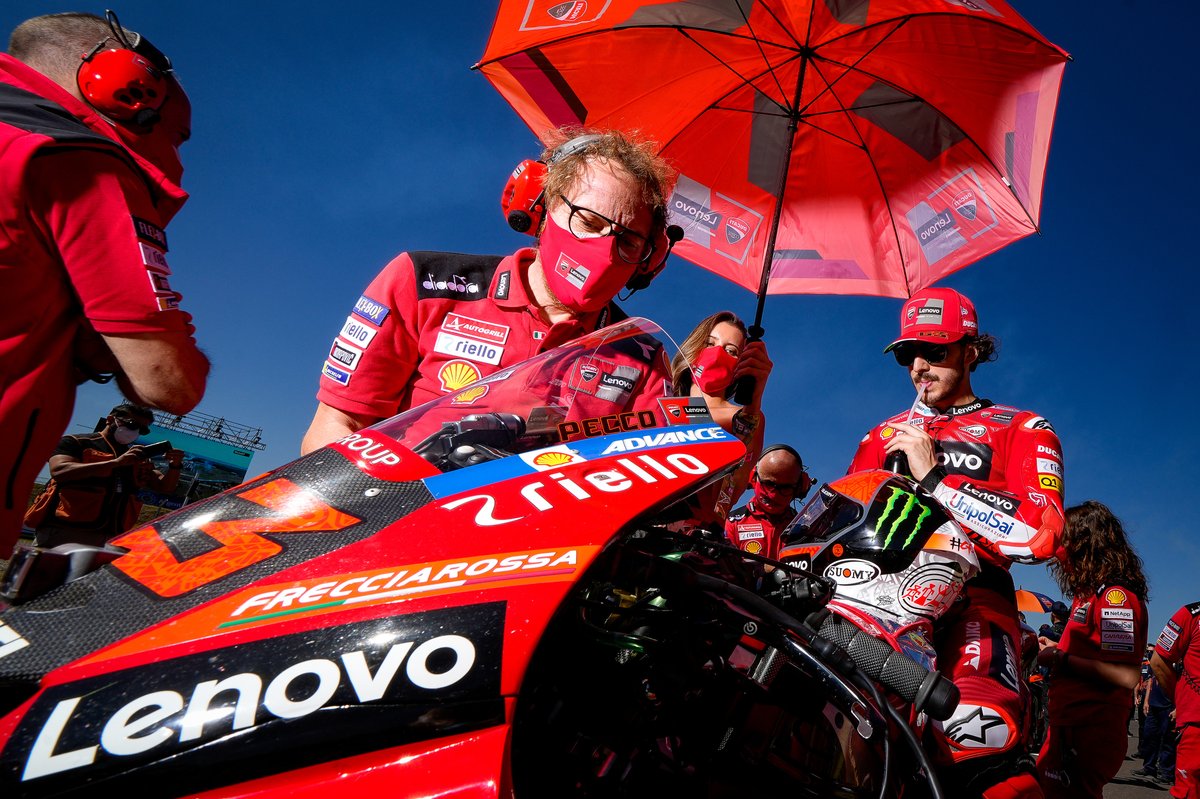 “I was really needing a race like this. It’s ok that I started behind but was my fault.

“I already apologised to the team because they are working a lot in the box and just because I was nervous and angry I started so behind. So, I already said sorry to them.”

Miller was demoted to 14th on the grid for impeding Fabio Quartararo in Q2 and failed to advance on that position in the race.

The Australian suffered with a lack front grip and feels he was compromised by the weekend being shortened to two days after freight delays led to Friday’s running being cancelled.

“I’ve never done a race in my career where I’ve not passed a single person, so that for me is a massive blow, it doesn’t feel good,” Miller said.

“We are all working extremely hard now to understand what the issues are to try and find a solution as quick as possible.

“We made a change during the warm-up and again for the race to try and move the balance around a bit and it just didn’t give me any front contact.

“There’s a couple of bumps going into Turn 1, and there’s like a clean line and a dirty line and I wasn’t able to put a wheel into the dirty line.

“If I did I would start to lock the front. So, I had to ride a clean, tidy race. I wasn’t able to force in the braking zones as I normally can.

“For sure this weekend has been a different one, not being to this place in two years and limiting it to a two-day weekend, everything was a lot more cut-throat.

“You are limited to what you can change. We have a lot of engineers working but the thing we didn’t have this weekend was time.”