Ducati’s Francesco Bagnaia has apologised for braking on the main straight at Termas de Rio Hondo during MotoGP Argentina Grand Prix practice in frustration over traffic and has escaped punishment.

The four-time race winner was looking for clear track in the dying stages of Saturday’s FP2 session in Argentina to try and get a lap in to secure a place in Q2.

But he came across a lot of traffic touring in the final sector and was visibly frustrated, before braking off-line on the pit straight to stop the train of riders behind from following him.

Bagnaia ultimately dropped into Q1 and failed to make it out of the session, qualifying 14th – though will start 13th following a penalty for teammate Jack Miller.

The Italian was hauled up in front of the stewards but was not handed a penalty for the incident.

“About the other riders, I want to say sorry,” Bagnaia said on Saturday after qualifying. “But when you are nervous you do mistakes. So, I did a mistake. I was wrong, and it was my mistake.

“The moment I entered into the stewards’ room, I just apologised for what I have done and they understood my situation and just told me to try to be more careful and try to be smarter in that situation, because I was too nervous looking at riders who are normally complaining a lot about Moto3 riders [touring for tows] and they are doing the same.” 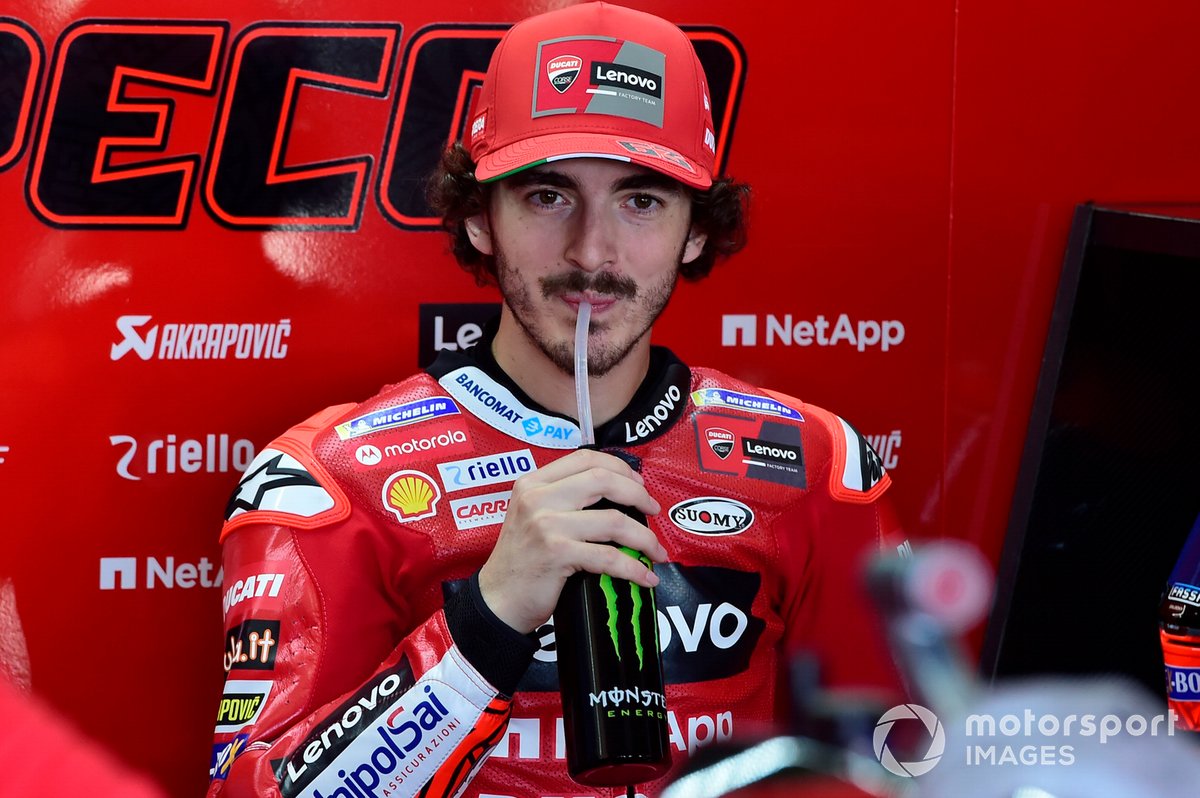 Bagnaia says he was simply “too slow” at Termas de Rio Hondo on Saturday, blaming a lack of pace on new tyres and his Ducati’s reaction to the circuit’s bumps for his lacklustre qualifying.

“First of all, with used tyres I was quite confident to do a good job because I was quite fast, I did a 1m39.3s with 16 laps on the tyre,” he added. “So, my feeling was quite good with used tyres. Then we put on new tyres and I struggled a lot to set a good fast lap time.

“I just found three tenths. The truth is today I have gone slow in qualifying, I was slow. I can’t tell you something different. But I’m struggling a bit with the bumps, I’m struggling with new tyres in general.

“So, this was the main problem. We are working on it and we already saw something to change for tomorrow.”

He later stated that he will try a set-up other Ducati riders have been used that makes the bike “safe” over the bumps.