Bagnaia has been handed a three-place grid drop for Sunday after he was deemed to have ridden irresponsibly towards the end of FP1 and forced LCR Honda’s Marquez to abort a flying lap – which also led to Gresini’s Enea Bastianini, who was fastest on Friday, lifting off too.

The Ducati rider explained that he mistakenly thought he’d taken the chequered flag when he backed off through Turns 1/2/3 and held his hands up to the mistakes.

“I think it’s correct,” Bagnaia said of the penalty.

“I totally agree with the penalty. I made a mistake, I thought that the [session] was already finished, that I had already taken the chequered flag, but I didn’t.

“I made a mistake. I already said sorry to the stewards and said it was ok, it’s correct.

“I also asked why it was a three-place grid [drop] and not a long lap. They told me it’s because it’s the first time I did it.

“For the first time you have a warning, which is a grid penalty, and then you get the long lap. 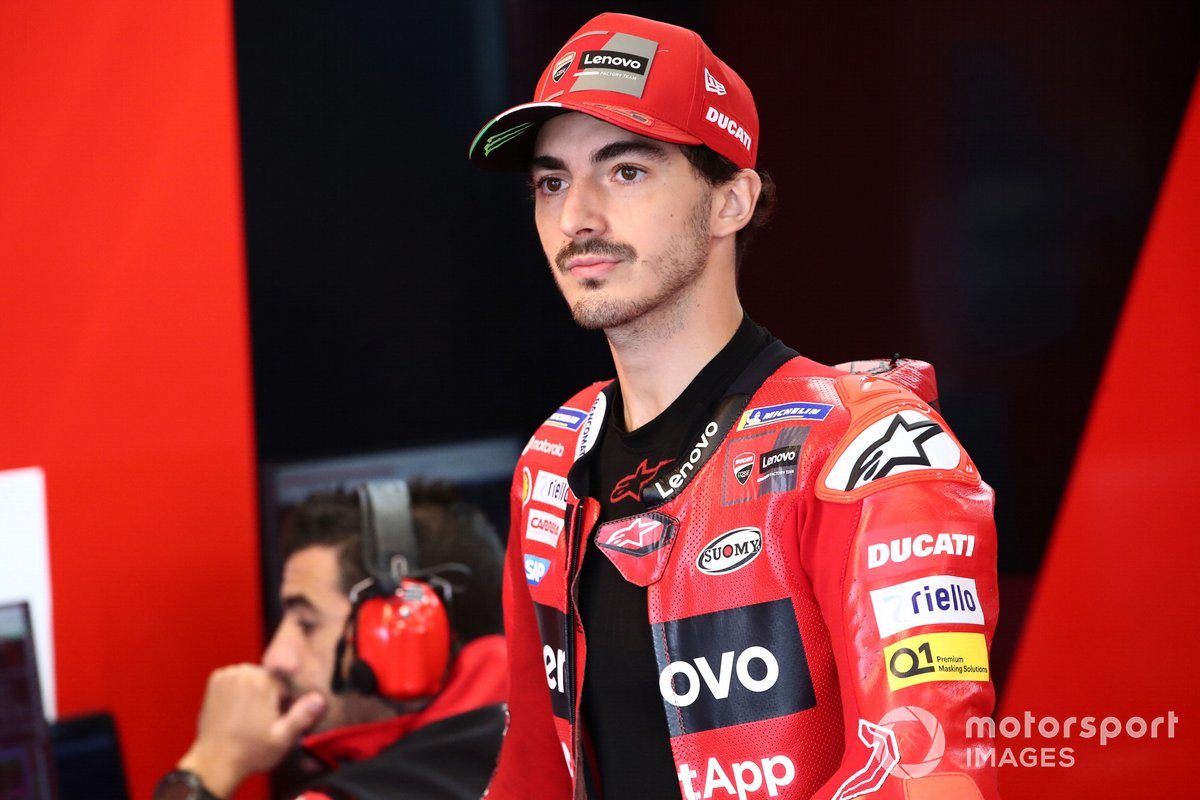 Bagnaia says the grid drop at Misano is less harsh a punishment than a long lap, but says steps still have to be taken to ensure penalties remain fair at every race track.

“It depends. Silverstone no, but here yes,” he replied when asked if he felt a long lap would have penalised him more.

“Today I think we have to discuss, but we already spoke to the safety commission that the long lap penalty has to be the same for all the tracks.

“But this is impossible to do, because Silverstone doesn’t have so much run-off area in different parts of the track to do it. So, it will be very difficult to have the same amount of time in every track. But we will work on it.”

The Ducati rider suffered a crash in FP2 at Turn 13, but was able to re-join the session to go second fastest overall.

Explaining what happened in the fall, Bagnaia said: “In front of me there was Luca Marini, and I was arriving much faster than him.

“I just tried to be on the inside to overtake him the corner after. I touched the white line and I crashed. It was my mistake also there.”