Bagnaia happy to see out MotoGP career with Ducati

MotoGP title runner-up Francesco Bagnaia says he would be happy to end his career with Ducati, having signed a new two-year deal ahead of this weekend’s season-opening Qatar Grand Prix.

Ducati confirmed last week that it had re-signed Bagnaia to a new two-year contract, taking the four-time MotoGP race winner through to the end of 2024 at its factory squad.

By the end of his new contract, Bagnaia will have been tied to Ducati for six years having first signed an agreement with the Italian marque at the start of 2018 when he was still in Moto2.

Reflecting on his new deal, the Valentino Rossi protégé said on Thursday in Qatar that he would like to see out his MotoGP career with Ducati if possible.

“We chose [to race] together four years ago and I’m very happy to be with them two years more,” Bagnaia said.

“And I would like to, if it’s possible, to stay with Ducati for the rest of my career.

“But we will see what happens.

“For sure, starting with two years more on a contract makes you more relaxed.  You just have to think on giving your best, but I think that for me it’s like this.

“I don’t know if for other riders it’s different, but I prefer this situation.” 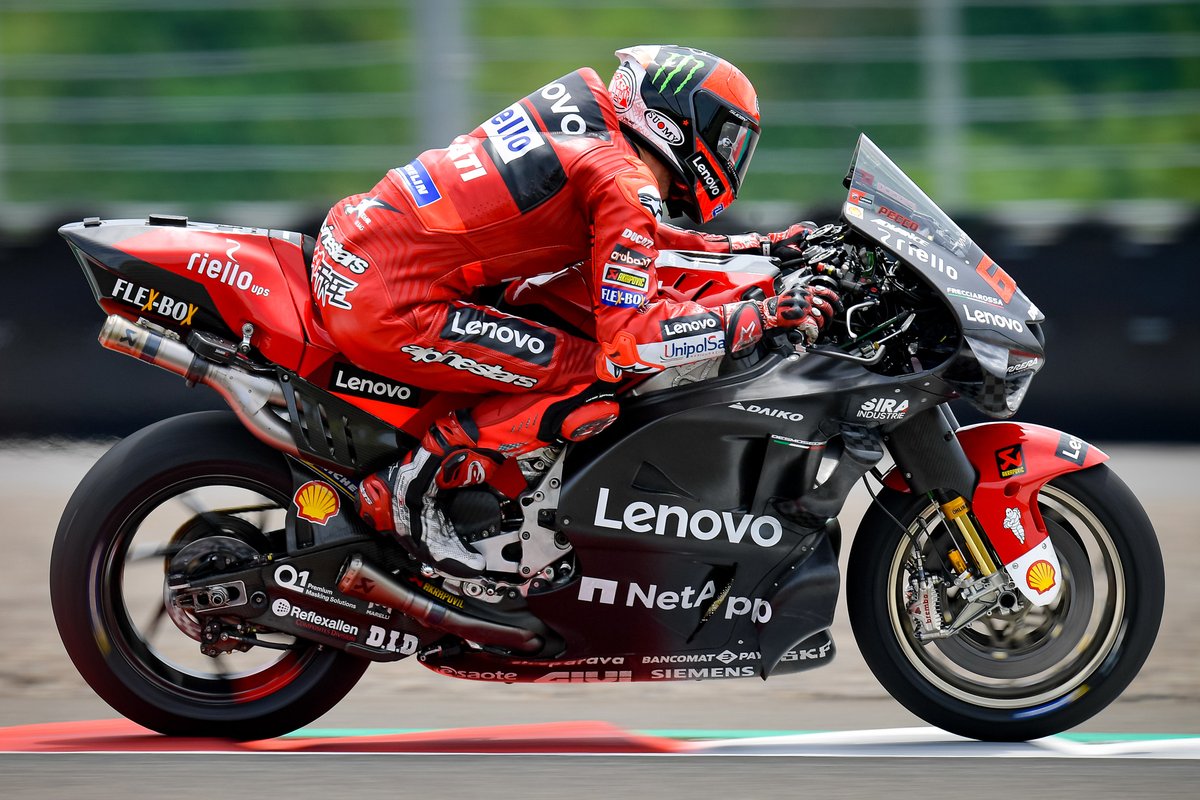 Bagnaia has recently refuted his status as title favourite despite his strong end to the 2021 campaign, in which he won four races and ended up just 26 points behind world champion Fabio Quartararo.

Though some question marks remain over the true performance of the 2022 Ducati, Bagnaia thinks the marque has chosen “the best package possible” ahead of this weekend’s Qatar GP.

“I think we worked well during the pre-season,” he added.

“It’s difficult to understand the level of the bikes in this test because anyone can do what they want in the way to work.

“I’m happy, I think the potential of the new bike is high and we chose the best package possible from the test.

“So, I’m quite confident that our potential is high like the last part of last season and I think we can start from there.”