The Italian is now just 10 points away from reigning world champion Fabio Quartararo in the standings, having overturn a 91-point deficit following June’s German GP.

But Bagnaia’s deficit to Quartararo could have been just five points had it not been for Enea Bastianini beating him to victory last weekend at Aragon, raising more questions about Ducati team orders.

PLUS: The unique advantage Ducati must now use to win the 2022 MotoGP title

While Ducati has remained firm in its stance that it will not stop any of its riders spread across its four represented squads from battling for a victory, Bagnaia says he doesn’t need any team orders to assist him.

“Sincerely, I don’t think that I need help to be in front,” Bagnaia said when asked if there had been any discussions within Ducati about team orders.

“I prefer to win on track and not because someone let me past.

“But in any case, I’m not inside of this decision. It’s something that for sure I’ve said my desire, which is to let me do what I want to do.

“And if they decide something different, it’s not something to do with me.

“So, I will be racing, I will try to be in front and I will try to win. This will be my main goal, like I did in Misano and in Aragon.” 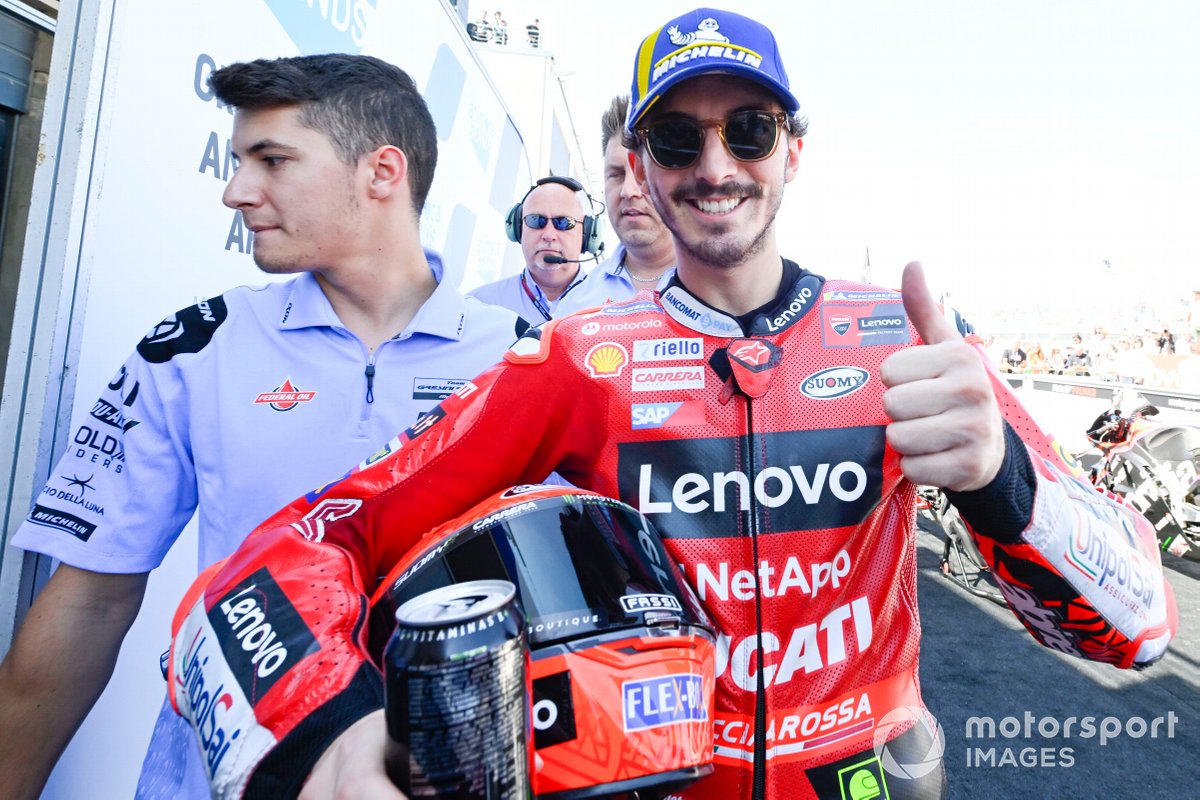 Gresini’s Bastianini, who is an outside bet in the championship at 48 points adrift of Quartararo on his 2021-spec Ducati, says he hasn’t received any instructions from the Italian manufacturer to help Bagnaia this weekend at the Japanese Grand Prix.

“There is a big question about this situation,” he said when asked about team orders.

“Also, the media pushes this a lot.

“But I think the situation inside my box now is very smooth for the moment.

“My feeling is good and I think also Ducati wants this for the moment.

“I haven’t team orders for the moment and we will see during the future what happens if Pecco is in front.

“I am closer now in respct of the championship, but for the moment there is only one question: I have to do 100% to be fast.”