Leading CRT squad Aspar will compete in MotoGP next year using Honda's production racer, and with 2006 world champion Nicky Hayden as one of its riders

The team had been expected to stick with Aprilia machinery, but on Thursday at Phillip Island announced a new two-year deal with Honda.

Aprilia suffered a major blow recently when highly-regarded boss Luigi Dall'Igna, who was instrumental to its World Superbike success, was appointed as Ducati Corse's new manager.

Hayden meanwhile arrives after five years with the factory Ducati outfit. The American, 32, is a three-time race winner in the series but scored just three podiums during his time with the Desmosedici.

Team CEO Jorge Martinez 'Aspar' hailed the deals with Honda and Hayden, saying: "We are taking a huge step forward in terms of quality, prestige and image.

"We have grown a lot in a short space of time and we are all very excited about this new project with Honda.

"We are thrilled to be working with a manufacturer with the history that Honda has and a rider like Nicky, a world champion with huge experience.

"It will be a big change for us after so many years working with Italian factories, but we have high hopes for this new project.

"We are up for the challenge and we will give maximum effort to making sure the Aspar team continues achieving top results; our objective is to continue being a reference point in the premier class." 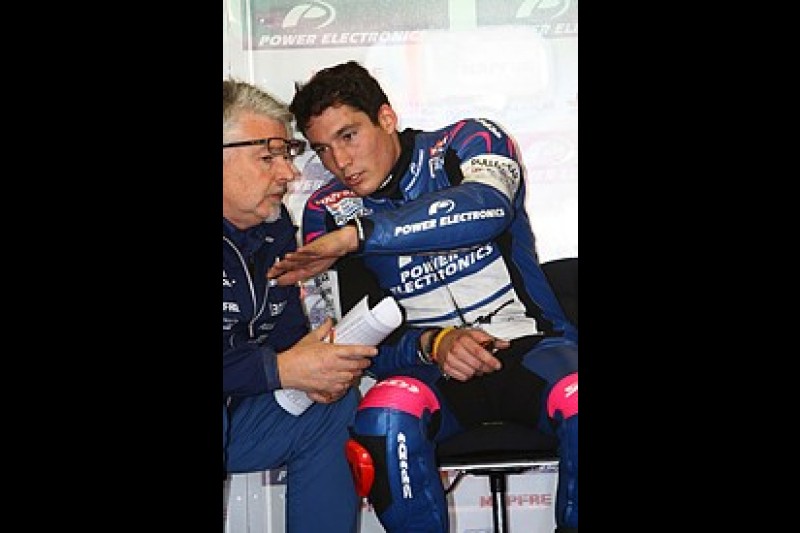 Aspar will run MotoGP's spec ECU system, meaning it will be classed as an 'open' team - as opposed to a factory entry - under a new classification system set to come in next year.

The team is yet to confirm who will partner Hayden in 2014. It currently runs Randy de Puniet - who has been testing for Suzuki - and Aleix Espargaro (right), who is comfortably on course to finish as top CRT rider this year.

Espargaro has been in talks to end his Aspar contract in order to instigate a switch to Forward Racing, which has secured non-factory Yamahas for 2014.

Retired two-time world champion Casey Stoner has been helping Honda develop its production racer and said recently that it had exceeded his expectations.