Aprilia's first thoroughbred MotoGP bike missed the bulk of pre-season testing, first turning a wheel five weeks before the Qatar opener, and it remained overweight during the season.

Before the introduction of a new frame at Misano, outgoing rider Alvaro Bautista estimated the bike was 5kg over MotoGP's 157kg weight limit.

While Bautista also estimated late-season that 3kg had been removed from the weight of the package during 2016, former Suzuki rider Espargaro believes further gains are required, along with engine developments.

"There's a couple of things we have to improve," he said.

"One important thing is to put the RS-GP on a diet. It needs to lose a couple of kilos.

"For me [reducing] the weight of the bike will help a lot and also by designing a new frame with different engine placement I think we can have better agility on the bike.

"And the engine, we need the torque a lot earlier.

"The bike in the straight is quite fast, on the limit of the RPM it's fast but unfortunately the power arrives too late in the corners." 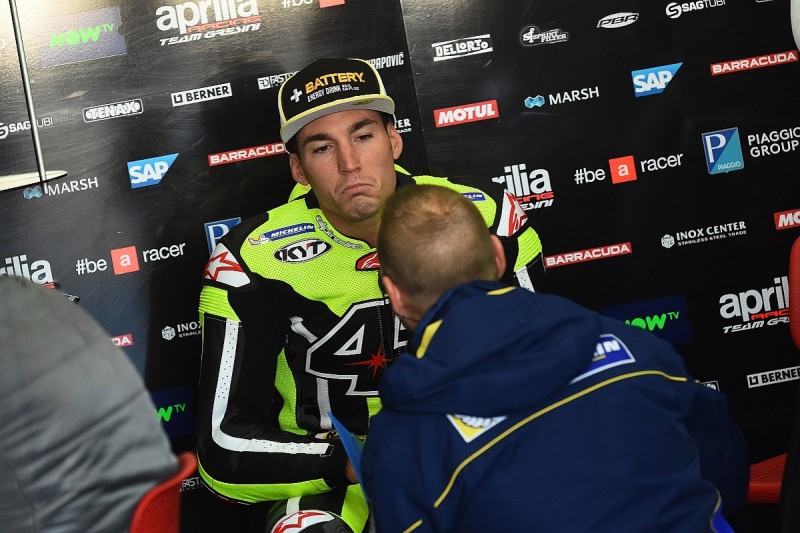 Aprilia is set to introduce a new bike, considered an evolution of the end-of-year RS-GP, at the first pre-season test at Sepang from January 30, with another upgrade centred around the engine and gearbox planned for the middle of 2017.

Espargaro was impressed with the current Aprilia in his first test at Valencia after the season finale, and spent two more days on the bike at Jerez last week.

The Spaniard's fastest time during the Valencia test was 0.720 seconds quicker than the fastest outgoing riders Stefan Bradl and Bautista managed in qualifying four days earlier.

"They did a good second part of the season," Espargaro said.

"The numbers are there but for me the RS-GP's limit, or level, is even higher.

"In the last six months, Valencia was the race that they really struggled the most, and we were able to improve one second the times.

"The most-positive thing is that this bike, even when I push, there's no movement."