Stoner, who won MotoGP titles with Ducati in 2007 and Honda in '11 retired at the end of the '12 season, then spent three years as a Honda test rider.

In 2016 he returned to Ducati, taking part in four tests but electing not to race as a wildcard in the Austrian Grand Prix.

The association will continue next year, when Jorge Lorenzo arrives as a race rider, and Dall'Igna wants to be able to tap into Stoner's expertise more, too.

"He was really important, because he gave us some extra data, extra ideas to develop the bike.

"And so I'm very happy and proud to work with him.

"For next year, I would like that he makes more tests for us, and also works closer to me and to our technical department just to have the possibilities to bring his experience and work with us to develop the bike and speed up the process."

Stoner was present in the Ducati garage during Lorenzo's first Ducati test at Valencia last week, and Dall'Igna was happy with how the world champions interacted.

"But not only [Lorenzo], also with me and also with [Andrea] Dovizioso, we are happy to work with him," Dall'Igna said of Stoner.

"He has a lot of experience, and I think that he can help us to go in the right direction." 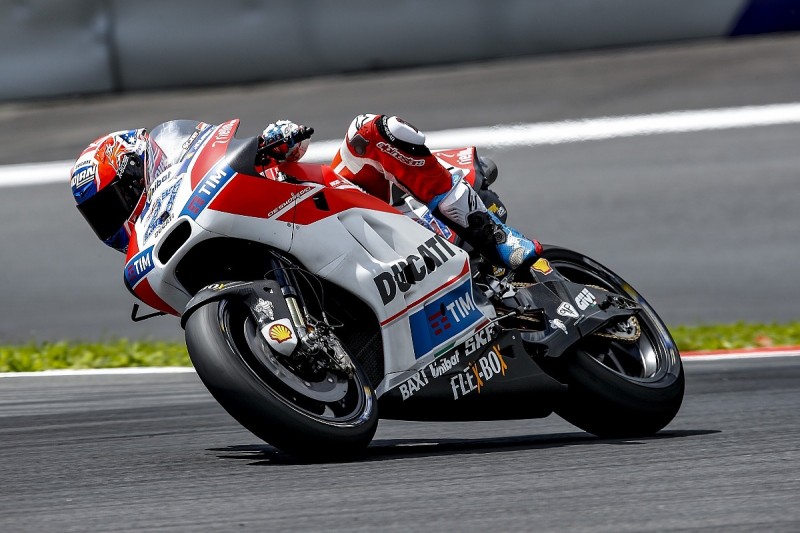 The top Ducati rider in the 2016 points in fifth and favoured over Andrea Iannone to partner Lorenzo, Dovizioso tested alongside Stoner for the bulk of the Australian's outings this year.

He believes that Stoner's input will be vital again in 2017, especially as Ducati looks to develop its Desmosedici for the arriving Lorenzo.

"To have Casey in our team is really important," he said.

"He has a lot of experience with Ducati, there is a lot of people from when he raced in Ducati.

"So it's always nice to have a champion in our team. We have three different riding styles, but it doesn't mean this is bad.

"I think it's important to have all of the important feedback, and try to manage this in a good way."