Andrea Iannone says he has offers to remain in MotoGP even if he loses his Suzuki seat for 2019, but insists his priority is to stay at his current team

Iannone had a troubled first year at Suzuki in 2017 and started the '18 campaign with ninth and eighth in the opening two grands prix.

With Suzuki keen to retain Alex Rins, who took a maiden MotoGP podium last time out in Argentina, and also targeting Ducati's Jorge Lorenzo, Iannone's position is in jeopardy.

In an interview with the official MotoGP website, Iannone revealed that he has proposals from outside of Suzuki but would prefer to stay.

"For sure we discuss about my future and also the future of Suzuki, but I don't talk only with Suzuki," said Iannone.

"I have other proposals, but always the priority is continue with this team.

"The group is fantastic, also with the Japanese people I have a really good feeling, we started the construction of a really good situation.

"I have a big challenge with me also, I want to arrive on the top with Suzuki because I came here for this." 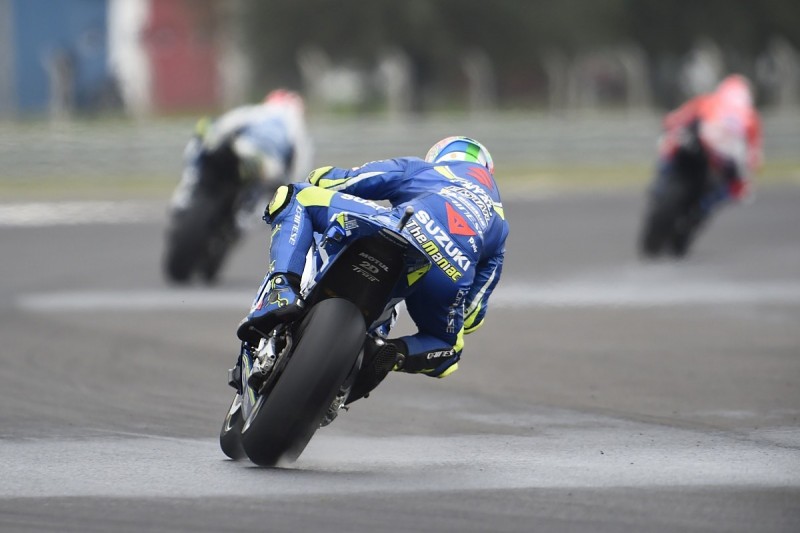 Schwantz: Iannone "not the right choice" for Suzuki

Suzuki ambassador and 1993 500cc world champion Kevin Schwantz has often been critical of Iannone, and has already urged Suzuki to replace him in the past.

In a recent Autosport interview, Schwantz likened to Iannone to Wayne Rainey's former Yamaha team-mate John Kocinski - another rider he felt was "no good" at bike development.

"Iannone's not the right choice on the other Suzuki," Schwantz said.

"Now that Rins is up to speed and showing us his full potential, I think he will develop as a rider in terms of giving his input and being able to help [develop the bike].

"The other guy has never been any good at it. Everybody he's ever ridden for will tell you that.

"At Ducati, he had the perfect scenario, where he had the best development rider, [Andrea] Dovizioso, as his team-mate.

"He could ride like shit all weekend long, not try anything, not get anything accomplished and then just say, 'Give me what Dovi's got. I'll be faster than him.'

"Wayne Rainey used to say the same thing about Kocinski. He never wanted to do the hard work - he just used to say, 'I'll go with what Wayne likes'.

"You've got to figure this out by yourself. And maybe that was John's problem, he couldn't figure it out, just like Andrea couldn't."