Andrea Dovizioso has explained the reason for his “tough decision” to end his MotoGP career after September’s San Marino Grand Prix.

On Thursday ahead of this weekend’s British GP at Silverstone, Yamaha and RNF Racing announced that Dovizioso would be retiring from MotoGP in three races’ time.

The 15-time MotoGP race winner has struggled immensely since switching to Yamaha late last year following a brief sabbatical at the end of his Ducati tenure at the conclusion of the 2020 campaign.

Not enjoying his racing, Dovizioso feels it is better to stop now and have a farewell on his own terms at his home race at Misano at the start of September.

“I want to thank Yamaha and the team, because they gave me a big support and they understood me,” he said on Thursday evening at Silverstone.

“That has been very important to me. I was relaxed to speak with them about my situation.

“It was a tough decision because after 20 years it’s always tough to take this type of decision. But it’s ok, I’m relaxed and it’s the moment to take the decision.

“When you are a rider, during the practice, race, and you are not where you want to be, your mind starts to think about things and you realise it’s the moment. So, this is the reason why I took the decision.

“As I say now, I mean it’s not so nice when as a rider you think too much about these things.

“It’s not just focusing on the races. When you don’t feel competitive, you start to think too much about that. 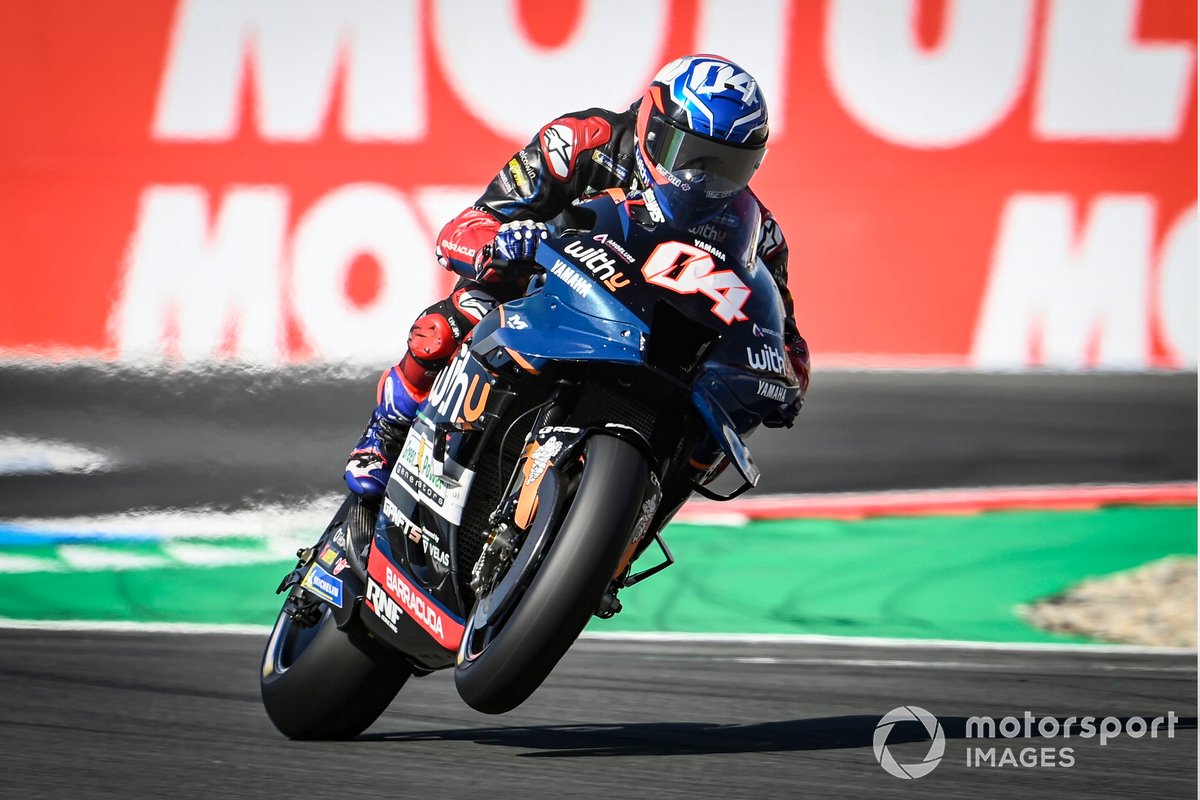 “I had that feeling to take this decision and with that feeling I started to think Misano would be the right race, the final race, my last home race to do and finish with a party, with big smiles from everybody, with my friends and all the fans.”

Riding Honda, Yamaha and Ducati machinery during his premier class tenure, Dovizioso’s return to Yamaha – having last rode the bike in 2012 with Tech3 - has seen him struggle to adapt his riding style to the M1.

Dovizioso admits from his first session on the M1 last year at Misano, he recognised the characteristics of the bike were at odds with his riding style and feels he tried “maybe too many things” to be competitive.

“And straight away I was a bit surprised about the grip. I always say that.

“That, I think, was the biggest characteristic I really fought. And my way to ride the Yamaha has not been the best way to use the potential of the bike, because Fabio shows every race there is a possibility to be competitive and fight for the title with this bike.

“I worked a lot with the team, with Ramon [Forcada, crew chief], Yamaha, trying a lot of things – maybe too many things. But I don’t think that was the point, because when we changed big things it didn’t affect a lot.

“It just confirmed the match between my riding style, my way to approach the tracks and the characteristic of the Yamaha didn’t match in the right way.”