The 2023 MotoGP grid is now complete as KTM has announced that Moto2 frontrunner Augusto Fernandez will join Tech3 alongside Pol Espargaro next year.

The second seat at the rebranded Tech3 GasGas squad for 2023 has been up for grabs for some time, with Fernandez – no relation to current Tech3 rider Raul Fernandez – strongly linked to the ride.

This was only heightened when Remy Gardner told media at the San Marino Grand Prix that he was informed by KTM there was no place for him at Tech3 for not “being professional enough”.

“Wow, this is amazing: to be able to make the jump to MotoGP with GASGAS,” Fernandez said.

“I want to thank everyone in the racing structure around me for all their support since I signed with the Red Bull KTM Ajo team last year.

“We still have work to do in Moto2 and I want to go for the title and go to the MotoGP class – and this next challenge - in the best possible way.” 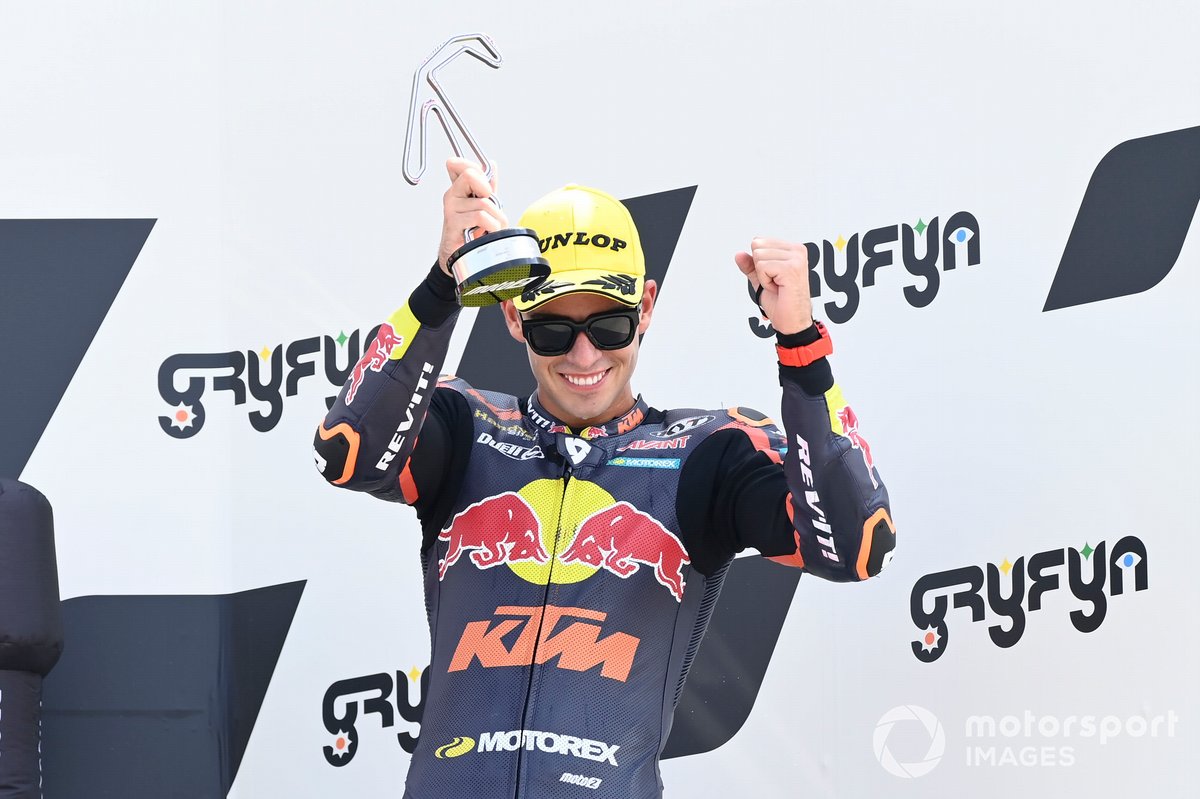 Tech3 boss Herve Poncharal says he has been interested in Fernandez for some time and wanted to bring him to MotoGP two years ago.

“I have been following Augusto for a few seasons now and we already discussed moving up to the higher class two years ago but he was not ready yet for the big jump,” Poncharal said.

“When we met again recently, it appeared very clear that he was prepared to come to MotoGP.

“I am excited about next season because our garage will have a mix of experience and youth through Pol and Augusto.

“They are both Spanish and will work in a positive and constructive way and this is what we have been looking for.

“Welcome to MotoGP Augusto, keep calm and focus on your Moto2 championship. We will be waiting for you in our garage on Tuesday following the Valencia GP for your first MotoGP test.”

Fernandez has won four races in Moto2 this year with Ajo KTM and leads the standings by four points.

Gardner will move to World Superbikes next year with Yamaha after signing a deal to join GRT, while Raul Fernandez will move across to RNF Aprilia.

Earlier this week Honda confirmed Takaaki Nakagami will remain with LCR for 2023, while the VR46 duo of Luca Marini and Marco Bezzecchi will stay put.