Ducati has finalised how it will distribute its MotoGP bikes for the 2023 season across its four teams, Autosport has learned.

The Italian manufacturer dominates the current MotoGP grid as it fields eight bikes across its factory squad, Pramac Racing, Gresini Racing and the VR46 Racing team.

This marks the first time since 2016 that Ducati has had such a control over the grid.

Currently, there are three specification of bikes on the 2022 grid from Ducati.

The factory duo of Francesco Bagnaia and Jack Miller run a 2022 bike with a hybrid 2021/22 engine, after the former elected to ditch the full 2022-spec motor ahead of the Qatar Grand Prix back in March.

At Valentino Rossi’s team, Luca Marini has a 2022-spec bike while Marco Bezzecchi is using the 2021 version.

Ahead of this weekend’s Aragon Grand Prix, Bezzecchi, Marini and Di Giannantonio said they had no idea what version of Ducati they would be racing next year. 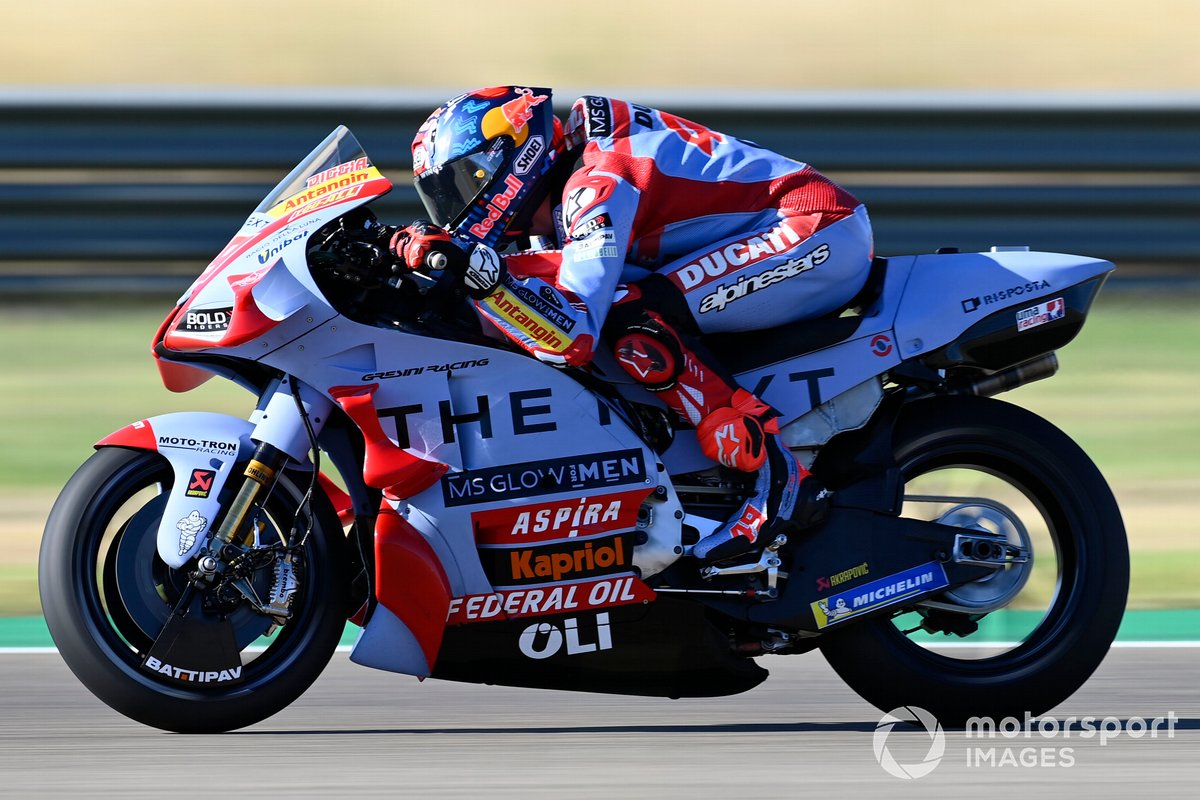 But a meeting held on Thursday night between Ducati and the heads of Gresini and VR46 led to the finalising of what machinery they will run in 2023.

At the factory squad, Bagnaia and team-mate Bastianini will race the full 2023-spec bike, as will Pramac duo Martin and Zarco.

At Gresini, both Di Giannantonio and Alex Marquez will have a 2022-spec bike, as will both Marini and Bezzecchi at VR46.

Ducati has enjoyed a dominant start to the second half of the 2022 season, with Bagnaia in the midst of an unbroken streak of four-successive victories.

This has put him right into title contention, having come from being 91 points adrift after a fourth DNF of the year in Germany, to just 30 points behind standings leader Fabio Quartararo with just six races left to run.

Ducati can wrap up the constructors’ championship this weekend at Aragon for the third season in a row if it can outscore Yamaha by 15 points having scored nine wins between Bagnaia and Bastianini to Yamaha’s three with Quartararo.