Satellite Ducati rider Martin won the late-session time attack in the closing stages of the 45-minute FP2 to end Friday fastest of all with a 1m47.402s.

Martin set the initial benchmark pace on his Pramac Ducati with a 1m48.185s before Marquez took over on the factory Honda with a 1m47.990s.

This was a short-lived stint at the top of the standings for the six-time MotoGP world champion as Francesco Bagnaia edged ahead with a 1m47.853s on his factory Ducati.

Having already had a fast crash in FP1, Aprilia’s Aleix Espargaro had another spill down at Turn 14 when he lost the front of his RS-GP on the way into the corner 10 minutes into the session.

The Spaniard was unharmed, but his Aprilia was smashed about and couldn’t be used again in FP2.

One of the biggest technical updates of the Aragon weekend is Honda’s new Kalex chassis, marking a major shift in philosophy for the Japanese marque in outsourcing some of its bike development.

Marquez completed his first two runs on the standard carbon fibre swingarm before switching to the aluminium Kalex one in the closing stages. 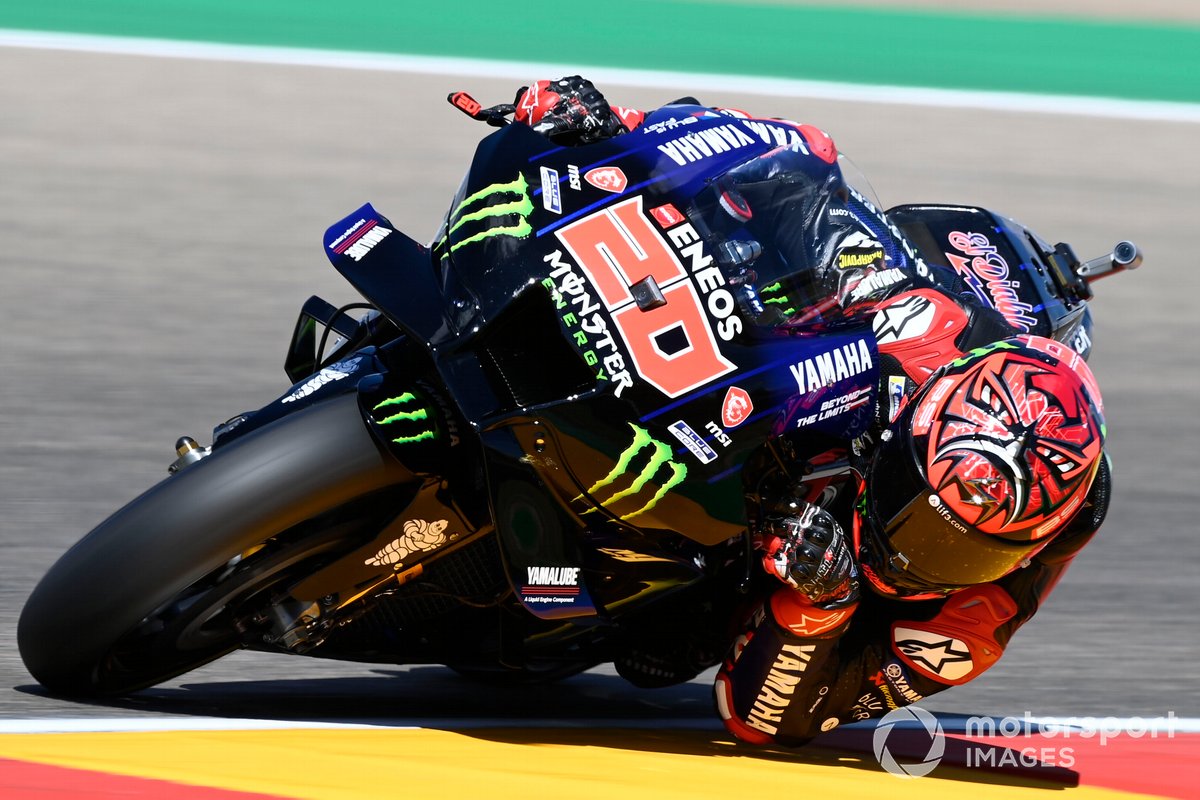 The Honda rider was on course to set a time that could have challenged for top spot late in the session on the Kalex swingarm before he had a big slide going through the final corner.

Producing a 1m47.761s, it was only good enough for eighth in the end – though it ensures he ends Friday inside the provisional Q2 qualifying places upon his MotoGP return in 2022.

Suzuki’s Alex Rins went top of the pile with a. 1m47.665s shadowing Bagnaia with just over three minutes remaining.

This lap would be cancelled for exceeding track limits, however, with Rins shuffled back to sixth come the chequered flag.

Martin’s 1m47.402s was set just seconds after championship leader Quartararo went top, with the former’s time going unchallenged through to the end of the session.

Johann Zarco on the sister Pramac Ducati completed the top three behind Martin and Quartararo, with Gresini’s Enea Bastianini jumping up to fourth late on ahead of Bagnaia and Rins.

Maverick Vinales was seventh on his Aprilia ahead of Marquez, Ducati’s Jack Miller and VR46 rider Luca Marini, with Takaaki Nakagami 11th on his LCR Honda. 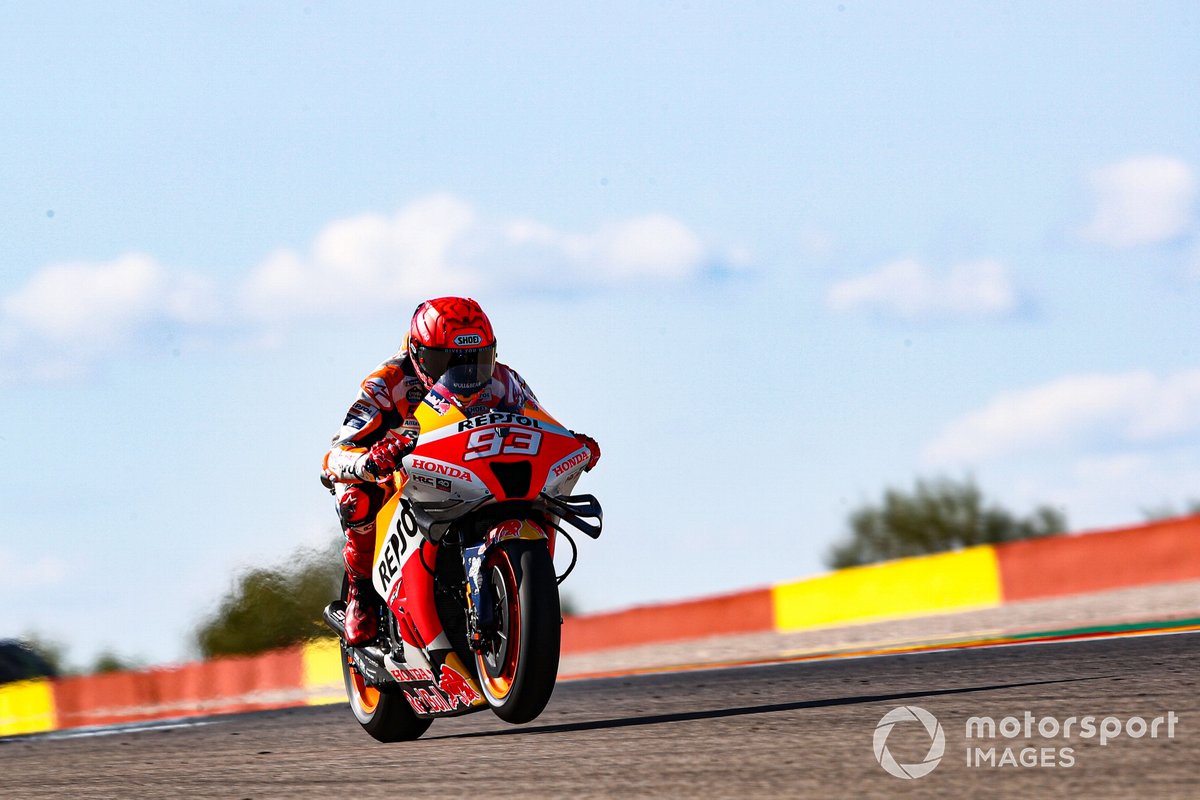 Brad Binder was the leading KTM rider on Friday at Aragon in 12th on a 1m47.912s ahead of Aleix Espargaro after his earlier crash and the factory Yamaha of Franco Morbidelli.

The returning Cal Crutchlow was 18th in FP2 on the RNF Yamaha ahead of team-mate Darryn Binder, with Joan Mir 21st on the sister Suzuki as he continues his recovery from an ankle injury suffered back in Austria.